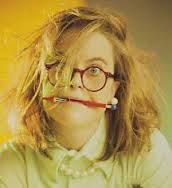 Last night in a conversation with someone re upcoming books, I was reminded I haven't been keeping up with things here.  Guilty as charged.  For the last two months it's been insane Jane time here at casa mia; away from home, sick, company, away from home, more company, and vacation.  Not that I haven't been reading, because I have, but I still have books from way back in March that I haven't posted about!  Not laziness, no; just a case of needing time to breathe.

I recently finished Nabokov's Despair (a wonderful book, by the way, and I'll post about it soon), which was focused on one of the most narcissistic/solipsistic characters ever in the history of my reading career. In that book, the main character Hermann decides that he has met his double/doppelganger, and he devises  some pretty nefarious plans built around the poor, unsuspecting guy. He also has one of the creepiest worldviews ever encapsulated in a novel, but more later on that (and hopefully shortly). After finishing it, I found myself fascinated with literary doppelgangers, so added to my already lengthy, never-ending tbr pile are the following:


So no, I'm not dead but just trying to keep my head above water book- and otherwise. Don't worry, Lisa!