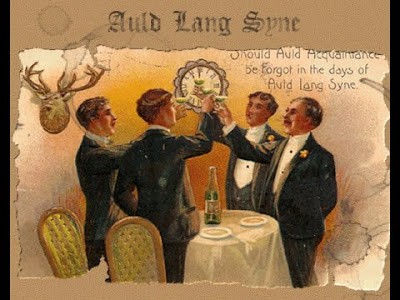 In the midst of it all, it's reading that has kept me sane this year.

The last days of this year are sneaking up on us, and I've already been thinking about what I'm going to read in 2018.  But before I get that far, it seems appropriate to acknowledge 2017, since it's been a hell of a reading year, in a good way, of course!  For nearly 365 days,  with some exceptions,  I pretty much went off the mainstream grid and started exploring older books, discovering forgotten authors along with their obscure titles, and generally had a right jolly old time looking back on the past, or I've focused on translated works that appealed to me.  Truth be told,   I actually came to a sort of crisis point this year -- after going through a few contemporary novels this year that made me want to send them flying across the room (I'm not naming names), and especially after two DNF novels that got raves from other readers even though the writing was so poor,   I started making choices based more on personal satisfaction rather than on what's new or on books that critics deemed as buzzworthy.   It's been a liberating experience.

So how the reading year shakes out comes next, with a grand total of 118 books.  How is that possible, one may wonder; the answer is that I don't sleep a lot, I only watch 2 to 3 hours of tv at night, and I would rather read than eat. And I'm a fast reader.

From this page of my reading journal (contemporary, translated, and other literature) I have 23 under the label of 2017; I'll wait for January to discuss the books I've read but haven't yet posted about, but these two bring the total up to 25:

Beyond praiseworthy in this category:  The Beguiled, by Thomas Cullinan, Huck Out West, by Robert Coover, Lincoln in the Bardo, by George Saunders, Days Without End, by Sebastian Barry.  The last three: contemporary yes, but beyond outstanding, by writers who know their craft well.

from the crime page:
I believe I got the most joy from  reading in this genre in 2017, mainly because I did a quick look over the year at the history of crime fiction/mystery fiction.  Using different reference sources, along with input from reading friends, I had the time of my life stepping into the wayback machine to find a number of different early examples of the genre. I'd planned to take this year through the onset of World War I, but there were too many good books from the 1860s and I got sidetracked and only made it to the publication in 1887 of A Study in Scarlet, the first Holmes novel.  Combined with more modern novels,  there are whopping 49 that I've posted about with two others sitting here just finished, bringing that total to 51:
I also managed to prevent myself from being a one-trick pony in this genre with a few newer novels, but it was definitely books like Devlin the Barber, by Benjamin L. Farjeon,  The Moonstone, by Wilkie Collins, The Mystery of the Sintra Road, by Jose Maria Eça de Queiróz and Ramalho Ortigão, The Leavenworth Case, by Anna Katherine Green, and Ellen Davitt's Force and Fraud: A Tale of the Bush that kept me the most entertained.  I'll be picking up my project again in 2018, starting in the 1890s.


from the dark fiction page:
Oh, people ... this year I discovered French dark literature from the Romantics to the Symbolists to the Decadents.  Oh my -- pure reading pleasure!   I also picked up decadent titles from Germany and they make the French look tame.  There are 32 posts on that page for 2017 but I have yet to discuss
bringing the total to 34.  I also indulged in quite a lot of old pulpy goodness this year, as well as older, lesser-known ghost stories, and a cult novel or two, including the excellent Twenty Days of Turin, by Giorgio de Maria, which after thinking about it for some time, chilled me to the bones albeit not in a horror-story sort of way. In the horror zone, Adam Nevill's Hasty for the Dark just plain knocked my socks off with its excellence.    And then, of course, I have to give a huge amount of reading entertainment credit to Valancourt Books, who seem to publish what I want to read without fail.  The photo directly above is the books I've bought that they've published that I haven't yet read,  and here are the ones I've enjoyed so far (a few have been moved to other shelves like crime fiction and literature but you get the idea): 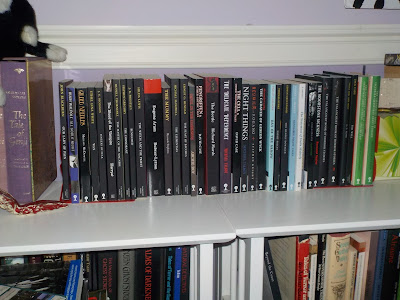 And now to nonfiction, which adds a total of seven books for 2017.  The most well-loved of these books: 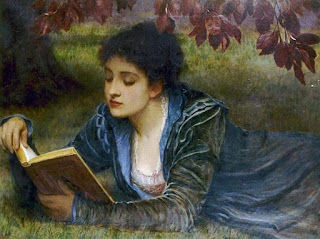 Last but not least, I've started a new journal page, mostly for the Victorian reading I plan to do this year, but there will be other, older British books there as well by the time I'm finished.   That's got a total of 1 book for the year listed, a silly adventure by H. Rider Haggard called Mr. Meeson's Will.

So that's it, happy new year, great reading to all in 2018, and wishes for inner peace and happiness.