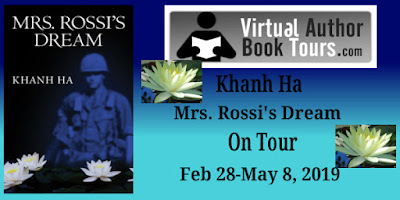 Posted by NancyO at 1:31 PM No comments:

All My Goodbyes, by Mariana Dimópulos

"I had as many pieces as a broken vase, and I never found a way to put them back together or even to number my porcelain remains."


The truth of the matter is that I bought this book expecting that it was going to be a crime novel, and while there is a murder, All My Goodbyes turned out to be something completely unexpected, another one of those books where I had to sit for a while trying to wrap my head around what I'd just read.   It begins quite simply as the unnamed narrator ("In Málaga I called myself Luisa; in Barcelona, Lola") reveals something of herself in the first paragraph:

"It's the same thing time and time again, shamelessly, tirelessly. It doesn't matter whether it's morning or night, winter or summer. Whether the house feels like home, whether somebody comes to the door to let me in. I arrive, and I want to stay, and then I leave."

Her arrivals and departures move her to a series of cities over the following decade; she will go from Buenos Aires, away from her life with her father,  to different cities in Europe and then back to Argentina again, where she ends up in Patagonia, on a farm near El Bolsón.   Within those places she's lived in different rooms of different hostels and houses, taken on different jobs and different lovers, yet there was a sameness about her "pilgrim years," in that


"..staying put was not an option, those years spent in a kind of conspiracy with habit and daily routine, despite myself, but always with a ticket under my arm, or perhaps up my dirty sleeve, always with a passage to somewhere else at the ready. I would always arrive with the intention of staying. And even then I wouldn't stay."

As she also says, "it was all about arriving," something to keep in mind as you read.

Then on page two we learn that after


"all those years lost and won and lost again, after testing a thousand times the raw stock of my being, which never seemed to cook; when at last I had found a man and I had loved him, they called me up so I could see how the story ended, the living room covered in blood from wall to wall, the ransacked house, the abandoned axe. "

All My Goodbyes is not written chronologically, however, so while we do get glimpses of her life here and there as she sifts through her memories while going over the murder in her head,  the emphasis is on place rather than on time.  There are short bursts of her recollections of  Heidelberg, Berlin, Málaga, etc., sometimes made all at once, as she offers observations about herself and the people in her life during that time, the people to whom she said all of her goodbyes during those years.   She views herself as a woman in pieces, a woman of different identities always on the move, searching for something, never finding it.   It's only when she comes back to Argentina at the end of that decade that she realizes that she has the opportunity to finally become "a magnificent animal: soft, compact, whole;" it is at the farm where she can see herself with a chance to


"recline without a shred of skepticism, trusting completely in the resilience of chairs and beds"

but obviously, things don't quite work out as planned.


I get that some people weren't so enamored with the style, the nonlinear approach and lack of any particular chronology, and to each his/her own,  but actually I don't think the book would have turned out to be as powerful as it was had it been written any other way.   Admittedly, it does take a bit of time to get into the rhythm of the writing style and it is a bit disorienting at first before things start to click.  The lack of a timeline didn't bother me -- I had the feeling that time was less the issue as the author allowed past and present to exist side by side in the form of these brief bursts of  memory.

Movement, detachment, alienation, and dislocation in this story all loom large here but at the same time, the author also lays down the foundation for a suspenseful read at the beginning and allows it to build slowly.  While I have no intention of spoiling things, the ending is a bit of a shocker that left me thinking for quite a long time about the implications of what I'd just read.  I  very much appreciate the originality in terms of style and story; I get so tired of same old same old and this book is dark and refreshingly different .  And while there's way more to talk about here, I'll call it a day and link to a couple of reviews by people whose intellect goes well past that of my casual-reader self and who actually know what they're doing.

Recommended for patient readers who appreciate originality and inventiveness.

Posted by NancyO at 5:42 PM No comments: