May: in which I continue to press on; April wrap-up 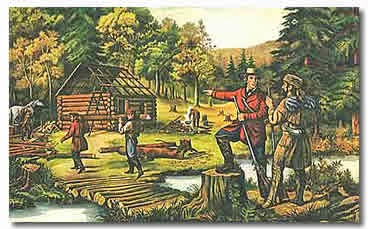 Around my house, April has been the month from hell with bad news coming from every quarter, it seems, but finally I'm sensing a change in the wind.  The bad stuff sent me into my books -- no surprise there. Ever since I was a kid I would hole up with a good (or bad) book to help bad times pass quickly, so it seems that old habits don't die so easily.

I got a bit sidetracked this month from early America, but I'm still laying in a big supply of novels. I did manage to finish Poe's only novel,  The Narrative of Arthur Gordon Pym of Nantucket, a title which lends itself very nicely to a limerick --  but sadly I couldn't come up with one.  I also read Hope Leslie, which I really liked, and then there was Cooper's The Pioneers which drove me insane and hurt my brain while I read it.   In terms of contemporary reading, I finished two from 2015:  Song For an Approaching Storm, a novel about Cambodia in 1955 from three different points of view , and Ishiguro's The Buried Giant, both of which were very satisfying.

In the crime/mystery world,  Cafe Europa by Ed Ifkovic comes out in May via Mysterious Press. It's not my usual cup of tea, but as it turns out, it was pretty good.  Joyce Carol Oates also has a new one called Jack of Spades  which I haven't yet posted about but well,  imo she's written better.  Mary Kelly's A Cold Coming of 1956 came first in my ongoing obscure women crime novelists project, followed by two by Marie Belloc Lowndes: first, The Lodger, which is quite famous, but to find something more obscure that she'd written, I read her Letty Lynton, which is a re-imagining  of the 1857 Madeleine Smith case. And since I got so wrapped up in Madeleine Smith, I also picked up Alas For Her That Met Me! by Mary Anne Ashe, who is really Christianna Brand, who's given us yet another take on the story.  The dark zone was occupied this month first by  Simenon's The Engagement and then Nightmare Alley by William Lindsay Gresham, both of which are beyond excellent.

In terms of strange fiction, two haunted house novels occupied my time, first The Feast of Bacchus by Ernest G. Henham. Written in 1907, it's been brought back to life by Valancourt Books, and it is by no means your standard haunted house tale. Far from it, in fact.  The second one was The Uninhabited House, by Charlotte Riddell, originally published in 1875. This one falls more along the lines of what most people would consider a more typical haunted house story, although it's more what it says about the time that caught my eye.   My online group finished The Golem by Gustav Meyrink, which took me two full weeks to get through but which was well worth all the time and brain pain in the long run.

And last, but by no means least, Shocking Paris: Soutine, Chagall and the Outsiders of Montparnasse by Stanley Meisner was this month's nonfiction read, coming from Palgrave MacMillan. Everyone thinks of Montmartre as the Paris art hub but an upstart group of outsiders changed all that. This book is quite interesting, tracing this group of people through just after the Nazi occupation of France, and it's a title I can definitely recommend.

and now for all of the


---
back to my book now...the main character has just discovered the family history in some dusty "old tomes" in the castle's library....
Posted by NancyO at 10:53 AM