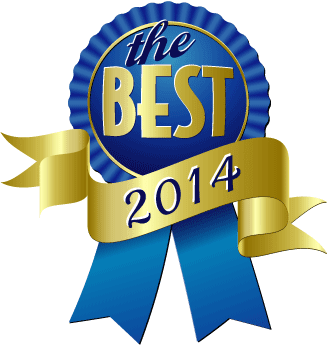 Just in time for Black Friday (sorry, but I'm a cynical person), more best of 2014 lists have appeared.

Let's start with "The Ten Best Books of 2014" from The Washington Post.
(in order of appearance)


1. A Brief History of Seven Killings, by Marlon James
2. Fourth of July Creek, by Smith Henderson
3. The Narrow Road to the Deep North, by Richard Flanagan
(...that's good to know, since I'm going to read it here shortly)
4. The Paying Guests, by Sarah Waters
(I'll definitely agree)
5. Station Eleven, by Emily St. John Mandel
6. Being Mortal: Medicine and What Matters in the End, by Atul Gawande
7. Berlin: Portrait of a City Through the Centuries, by Rory MacLean
8. Empire of Sin: A Story of Sex, Jazz, Murder and the Battle for Modern New Orleans, by Gary Krist
9. The Sixth Extinction: An Unnatural History, by Elizabeth Kolbert
10. Tennessee Williams: Mad Pilgrimage of the Flesh, by John Lahr

As an added bonus, you can also find the Washington Post's selection of the best fifty fiction books of 2014 in the same issue.

Moving right along, Tim Martin of the Telegraph in the UK says, "forget Amis, McEwan, and the Booker winner" -- he has his own standouts for the year (or at least up through Christmas...same thing).  After sweating through Kirkus' top 100, I'll just leave you the link to Martin's choices. They are legion.

Flavorwire has its own take on the top books -- "2014's Best Indie Fiction and Poetry Books of 2014." There are fifty books in this list, so again, I won't reproduce them, but  I will say that while I don't often read Flavorwhile, kudos to them for focusing on the smaller publishing houses.  You can see them for yourself in the article, but I'll mention a few here:

and many, many more.  It's about time these little presses were publicly acknowledged in a wider reading venue -- and good on you, Flavorwire for doing so.

That's it for now -- I'm sure that the cheap TVs, toys,  DVD players, gaming systems and other such things people stand in line for over a period of hours will be the hot ticket items again this year, but  all of those things will become obsolete next year, and books never go out of style.
Posted by NancyO at 8:26 AM