*The Wandering Falcon, by Jamil Ahmad 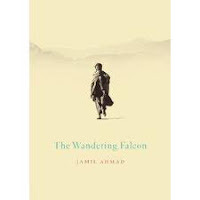 "One lives and survives only if one has the ability to swallow and digest bitter and unpalatable things. We, you and I, and our people shall live because there are only a few among us who do not love raw onions."

If you are considering writing as a vocation and you're getting along in years, do not despair: Jamil Ahmad wrote this lovely little book in his 70s, and this year it was shortlisted for the Man Asian Literary Prize. 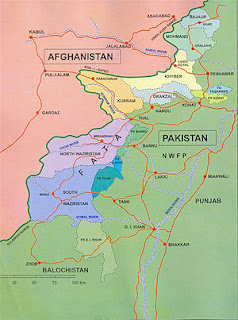 Courtesy of  Wikipedia
The book is set in what is now considered to be a very troubled and indeed, very controversial area, the Federally Administered Tribal Areas of Afghanistan.  Of of these areas, Waziristan,  has been in the news for some time due to its fame as a Taliban refuge, but Ahmad's focus is on the numerous tribes who occupied this region prior to modern-day conflicts; he examines how they maintain their ways of life as modernity encroaches on traditional societies.  The title character is Tor Baz, (Black Falcon) who was born near a military outpost, a "tangle of crumbling, weather-beaten, and broken hills where the borders of Iran, Pakistan and Afghanistan meet," to a couple of illicit lovers from the Siahpad tribe who had run away from their home.  All goes well with this family of three until their pasts catch up with them and they are found by their kinsmen and dealt with in accordance to tribal custom. Tor is spared, but  abandoned; he is later picked up by Baluch tribesmen, then handed off from person to person and eventually, he simply strikes out on his own.

Throughout the book, he  moves throughout  the various border areas, serving as the vehicle through which Ahmad brings his readers into the lives of the different tribes who inhabit this landscape: the Wazirs, Mahsuds, Brahui, the Kharot  and the Afridi; there are also the  Nasirs, the Dortanis and Baluchs.  Along the way Ahmad describes how changes in the world outside of these regions have affected the tribespeople. In one story, for example,  nomadic Kharot Powindas ("foot people") have brought their livestock to graze along their traditional wandering routes, but now the border is guarded by soldiers who will not let them pass without proper papers.  But these documents cost money and require birth certificates, health documents and identity papers, neither of which the thousands of Kharot possess.  One brave woman puts the Quran on her head, banking on the fact that she will be protected, and leads her animals forward only to be fired on by soldiers. As others make the same attempt, they and their animals are mowed down in what will become a massacre.    In another, tribes are aligned either with the British or the Nazis during World War II; and in still another, the key guide leading  climbers up the Tirich Mir in the Hindu Kush area finds himself with no income and unable to provide for his family once the summit is conquered; his daughter is stolen and later sold into prostitution.

Ahmad writes simply, adding few embellishments to his prose, but it is the sense of place that stands out in this book.  From the harsh, dry deserts with their blinding sandstorms to the peaks of the Hindu Kush, the landscape is eloquently and realistically described.  Combining his writing with his expert knowledge of the area, Ahmad takes his readers on a journey through lands they might otherwise never see,  revealing a longstanding way of life that has been disappearing for some time. The book is also filled with scenes that create vivid images in the reader's imagination; for example, in one story, a wife calls to her husband to come out and witness the beginning of spring:

"There was a full moon, and it hung half hidden behind the northern cliff.  The moonlight was strong and dazzling to the eyes... A long distance away on the mountain crest, he could see small antlike figures silhouetted against its orb. There was a long chain of them moving slowly with loads on their backs. These were the ice cutters."

It is very obvious that Ahmad has a deep fondness for the people and the landscape of these areas.  He is not critical of the people who inhabit this region; at the same time, he does not idealize them either. Through his eyes perhaps his readers will be able to envision a place, a time, and groups of people before all became  synonymous with terror and war.

Many of the book's critics have complained that it is misrepresented as a novel, and I agree. It is really a set of short stories, and using Tor Baz  as our eyes and ears in some cases does not imply that the book revolves around his character. The dustjacket blurb is a bit misleading in that respect. However, when all is said and done, whether or not it is a novel or a short-story collection just isn't that big of a deal, because it is such a good book no matter what you want to call it. Definitely recommended.

You can find a brief article about the author here. 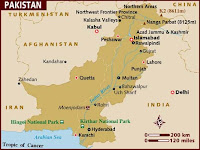