The Longlist for the Independent Foreign Fiction Prize is here! 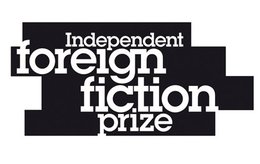 Just recently announced is the longlist for the Independent Foreign Fiction Prize, which probably just upped my tbr pile that I'm so desperately trying to reduce. Aarrgh!! Can't help it ... foreign fiction is what I love most. There are three carryovers from the Man Asia Literary Prize on the list -- and one of these, Dream of Ding Village, which was my favorite book of 2011, is banned in China. It will be interesting to see what will happen if this book actually wins either of these literary awards.

Here's the list (copied from today's issue of The Bookseller); a * means I have it on my shelves:

1Q84: Books 1 and 2 by Haruki Murakami, translated from the Japanese by Jay Rubin (Harvill Secker) *

Alice by Judith Hermann, translated from the German by Margot Bettauer Dembo (The Clerkenwell Press)*

Blooms of Darkness by Aharon Appelfeld, translated from the Hebrew by Jeffrey M. Green (Alma Books)

Dream of Ding Village by Yan Lianke, translated from the Chinese by Cindy Carter (Corsair) *

The Emperor of Lies by Steve Sem-Sandberg, translated from the Swedish by Sarah Death (Faber)

From the Mouth of the Whale by Sjón, translated from the Icelandic by Victoria Cribb (Telegram Books)*

Hate: A Romance by Tristan Garcia, translated from the French by Marion Duvert and Lorin Stein (Faber)

Next World Novella by Matthias Politycki, translated from the German by Anthea Bell (Peirene Press)

The Prague Cemetery by Umberto Eco, translated from the Italian by Richard Dixon (Harvill Secker)*