Hand Me Down World, by Lloyd Jones

Two things: first,  a hefty thanks to the publisher for sending this to me via LibraryThing's Early Reviewers program.  It was supposed to have come some time ago, but oh well. It was well worth the wait. Second, I loved this book. It's one of those stories that sticks with you long after you've finished it.

There are a number of novels where the story is told in a number of different voices, but I do believe this one may win the prize for the largest number of narrators.  It is a bit reminiscent of modern television documentaries in which multiple people relate their experiences relating to a given topic; unlike television however, the story is not passive; it is one in which the reader has a job to do in  interpreting what's really going on  -- if he or she can find any reliability in the narration.   Each narrator has his or her own slant on the truth -- and what they say speaks not only to the situation at hand but also  to how they perceive and wish others to perceive them in the world each occupies.

Hand Me Down World is the story of a young woman in Tunisia whose quest for her young son begins in the middle of the Mediterranean, where she is dumped by human traffickers and told to hang on to a buoy until someone comes to pick her up.  After a while it becomes obvious she's been duped, so she makes her way dog paddling onto the Italian coastline.   There she takes on the name Ines, and with only a plastic bag in which she keeps only a few meager possessions, she begins to make her way to Berlin where her son's father lives.  Her story is related by those with whom she comes into contact, and by Ines herself.   This cast of characters include a truck driver, an elderly snail collector, an ex-pat Parisian who calls himself Millennium Three,  a researcher from the UK sent to study the Roma culture in Berlin, and others that bump into Ines along the way.  After the book introduces all of these people (and a few more),  the most involved narrations begin with Ralf, an elderly blind man who hires Ines to view the world for him; Defoe, another lodger taken on by Ralf, and then there's Ines herself, whose account of things doesn't always coincide with what has already been said about her.  The novel is structured sort of like a detective story, where there are conflicts among all of the narratives for the reader to sort and then try to piece together in some coherent fashion. And then there's the Inspector, whose purpose I won't reveal here, but who serves as sort of a compiler of all of the stories.

While the author explores Ines' search for her son and her experiences along the way, he is also able to veer off into other areas, especially the issues faced by immigrants trying to find a better life than the one they left behind, who often become "the real ghosts... those whom we choose not to see."  But even as he's tackling this issue in a big way, running through the novel is theme of identity, most obviously examined in Ines but also among all of the other characters.  There's also a great deal of thought offered about  living with  dignity instead of fear, a choice Ines and other characters have to consider in the hopes of having any kind of future.

While the prose may be a bit sparse in comparison to Jones' Mr. Pip, the pacing is good and appropriate for a novel like this one.  In the first part of the book,the reader is not stuck on any one character or situation too long as Ines makes her way through Europe. As Ines continues her journey, the story also moves along and doesn't dwell too long in one spot . The second half moves a bit slower as it boils down to the stories of only a few characters in Berlin, and then of course, Ines herself.   This part is not as quick to read through, but what makes it very interesting is how certain events are repeated and retold, offering a new slant on information received earlier in the novel.

I was very intrigued by this novel both in terms of structure and story; the multiple-voice approach is quite interesting and actually works well here as things are slowly revealed, little by little. Yet at the same time, just when I started thinking I had Ines figured out, the author throws in little curve balls that made me wonder if I knew her at all.  This line of thought carries throughout the book, and actually, I'm walking away from the book wondering how well I really know anybody.  If you're looking for a regular narrative story in linear format, keep looking -- this isn't the book for you. But if you want something intriguing that resonates long after the last page is turned, you might just want to give it a try. 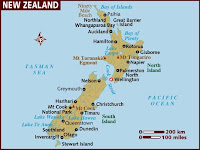