You Deserve Nothing, by Alexander Maksik

I don't know why, but the last few books I've chosen to read have been on the dark side of reading; you know, those kinds of novels you definitely do not want to read while you're in a funk or while you're having a case of the blues or whatever (with apologies to Will Silver for that last word).  You Deserve Nothing is no exception -- it's a novel that long after you've finished reading will stay on your mind as you replay it in your head.  And to me, that is what makes a book good and rise well above the ordinary.  It is, unbelievably, Alexander Maksik's first novel, and if this is only his opening shot into the book-reading world, I can't wait for his second.

You Deserve Nothing is a character-driven story,  told through multiple perspectives, centering around  one man, Will Silver.  Will is a 33-year old English teacher at the International Foreign School in Paris. He teaches a senior seminar in English -- a popular class where he introduces the students to existentialism in literature.  He believes that literature is "irrelevant" unless the questions which arise from it also have some impact on the reader's lives.  This point of view doesn't always sit well with the head  of the school, who feels that Silver's only job is to guide the students through literature and help them to understand it, without any challenges to their individual beliefs.  But Silver's seminar students, for the most part, love him. He's  that rare breed of teacher who lets his students know that their thoughts matter as much as those of the writers of the material he gives them.  Will finds it "the truest, rarest, sweetest thing" when the students are actively making connections and listening to each other, when there's a palpable enthusiasm among the students over what they're doing in that class, and when "they're all there together."   But at the same time, for Will, this coming alive is as he notes, all he has, and believes erroneously that  it's all that the students have as well.  Not all of Silver's students are so enchanted with him; one of his students, Ariel calls him a fake, knowing full well what's going on with him outside of class; and Colin, another member of the class,  senses something, but gives him a chance until the cracks start to show in Will's teachings.  Will battles with the strain between his public and private lives throughout the novel.

The other voices belong to  Gilad, one of Silver's seminar students, and Marie, a student at the IFS.   Gilad is the son of an American diplomat and lives a chaotic life, moving from place to place.  His father and mother live behind a facade  -- once the dinner parties are over, Gilad's father absuses his wife.  Gilad  looks up to Will in a hero-worshipping sort of way, and takes the lessons he learns about  from Will seriously, using them as a path toward his own self awareness.  Gilad sees Will as a champion for  living one's beliefs and acting accordingly, as "righteousness in a sea of ugliness"  but all too soon this will change as Gilad witnesses Will's failure to act at a crucial moment.

Marie is the beautiful daughter of wealthy parents; she avoids talking to her mother because her mother sees in her only disappointment -- she's not French enough, she doesn't dress right, and her mom leaves pictures cut out from fashion magazines on Marie's bed to make her point.  Although Marie is a student at IFS, Silver isn't one of her teachers, and Marie is highly sexually attracted to him and soon begins a relationship with him -- a clandestine one, or so Will believes. Her view of Will changes as  she watches Will lapse into inertia and become a "phantom," little by little, making all the right noises during a crisis, but ultimately slipping away in the long run.

You Deserve Nothing is an amazing book. The characters are realistically portrayed; the author  is equally able to capture the intensity of  a 33 year-old man in the midst of his own existential crisis and the pettiness  of a jealous, teenaged girl.  I'm always amazed when a male author  can write a woman's character so well; to capture the inner essence of a teenage girl in the throes of her first love must have been more difficult but he pulls it off.   Then there's the  sense of place that  is so well evoked that the streets of Paris come alive. For some Paris is a magical place, the city of light as it were; for others its streets are cold and unfeeling.

If life is the sum of all the choices a person makes,  there is also a divide between the decisions one makes and the courage to act on them, and this theme is well  emphasized throughout the novel, as is its concomitant  consideration of betrayal -- to one's self or to others.   You Deserve Nothing is a highly-intelligent work, sifting through these ideas as they apply to each of the main characters and to those in the world in which they all live.  What could have been just a mundane story is elevated to a level where the reader is left with several questions and a great deal of food for thought long after the last page is turned.   I most highly recommend this book; it's one of the most thought-provoking and intelligent novels I've read in a very long while. Simply put, it's amazing.

This review is cross posted at the Europa Challenge Blog. 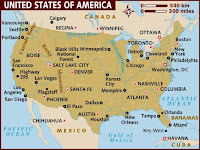