*The Sense of an Ending, by Julian Barnes


"History is that certainty produced at the point where the imperfections of memory meet the inadequacies of documentation."


I don't often expect much out of a book that is only 150 pages long -- actually, I don't remember the last time I read one this short that I walked away from simply dazzled.  But there's so much in this little book that gives one pause to think about his or her own life, especially when you get to a certain age and something happens to make you look back over the past.  And like the main character, Tony, in this novel, you get older physically but inside your head you tend to hold on to the you of an earlier, more youthful age, often revisiting those times in your memory every now and then.   The trouble is, how accurate are those memories? Memory, like time, is malleable, and when confronted with a reality that doesn't exactly coincide with how you remember it, what do you do?  How do you deal with your younger self from the point of view of your older self? I think this is why this book kept me engaged ... it's something that happens to everyone.

There's a mystery at the heart of this novel: Tony Webster, retired, has received a letter from an attorney informing him that he's been left 500 pounds from the mother of his first girlfriend Veronica.   The second part of his inheritance is the diary of his school friend Adrian, a larger-than-life figure from Tony's school years, who had, later in his life, committed suicide.  As he's pondering what all of this means, he begins to go back through his memories of Adrian, Veronica and his own life, or at least what he thinks he remembers.  As he notes, he feels no "nostalgia" for his school years, but he needs to "return briefly to a few incidents that have grown into anecdotes, to some approximate memories which time has deformed into certainty."

The story is related in two parts: the first is the story of Tony Webster  looking back over his time at school in the 1960s in the sixth form (it's equivalent to our American senior year) with his group of friends, then on to his days with Veronica at university.  The second part (which throws into question some of what Tony remembers from the first part) follows Tony as he tries to piece together the real story.  He attempts to get hold of Adrian's diary, which Veronica refuses to give up, hoping that the real story is in there somewhere.  Veronica has only allowed him a small piece of Adrian's writing, enough to tantalize him into discovering what part he might have played in later events.  But what he discovers will bring him around the inevitable conclusion that

"You get towards the end of life -- no, not life itself, but of something else: the end of any likelihood of change in that life.  You are are allowed a long moment of pause, time enough to ask the question: what else have I done wrong?"

and by then he realizes that there's no way to go back and change either the situation or himself, that any possibility for change has long-since ended.

Considering its brevity, there is a great deal in this little book, and like all good books, it gives the reader a great deal of material for thought.  There is a great deal of insight in here, as the narrator reflects on memory and its influence, the gap between our older and younger selves, aging and regrets. But one of the most important things I take away from this novel is the question of what I think I know about myself juxtaposed with the reality of memory as an imperfect entity. It's a lovely and poignant book, very well written, very thoughtful.  Julian Barnes never disappoints, and this book is no exception. 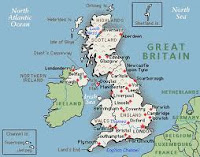