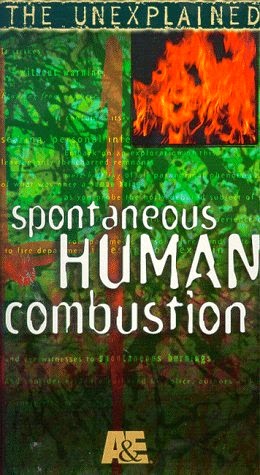 
The narrator’s father in Wieland by Charles Brockden Brown (1798)
William the Testy in Knickerbocker’s History Of New York by Washington Irving (1809)
A woman in Jacob Faithful by Captain Marryat (1834)
A blacksmith in Dead Souls by Nikolai Gogol (1842)
Sir Polloxfen Tremens in The Glenmutchkin Railway by William Edmondstoune Aytoun (1845)
The sailor Miguel Saveda in Redburn by Herman Melville (1849)
Mr Krook in Bleak House by Charles Dickens (1852-53)
The whisky-sodden and derelict Jimmy Flinn in Life On The Mississippiby Mark Twain (1883)
A character in Docteur Pascal by Emile Zola (1893)
The list does not include the female cook in Charlotte Brontë’s Jane Eyre (1847), who was merely “in a frame of mind and body threatening spontaneous combustion”.
---
Anyone else aware of any other works where this occurs? I'd be interested.