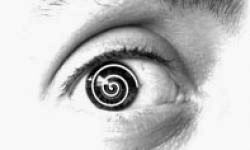 November is going to be Nancy's mental health month -- meaning that I'm not doing jack until Thanksgiving.  It's been a rough couple of months here at mi casa, starting with a redo of our entire top floor, which meant packing, stashing, throwing crap away, -- it's amazing how much one accumulates over seven years of living in the same house. Add in a trip to Seattle, leaving all of the mess to wait until I got back, then a gigantic Halloween party that I'd planned that required my pre-party attention for three solid days in a row. Aarrgh! Stress has been the norm around here, but I'm counteracting it all with a month (until the holiday) of doing absolutely nada. Nothing. Rien.
So this month, as I'm reading through Eleanor Catton's  weighty tome The Luminaries, I'll also be reading novels that feature some sort of cult action. I got the idea after finishing Dave Eggers' The Circle. Even though it's not about cults, one thing it reveals is how people can get caught up in things well beyond their control.  Here's a sample of what I've dug up already in my library:
Messiah, by Gore Vidal
The Dain Curse, by Dashiel Hammett
The Origin of the Brunists, by Robert Coover
The Possibility of an Island, by Michele Houellebecq
Oyster, by Janette Turner Hospital
I'll also be reading Daniel Alarcon's new book At Night We Walk in Circles, Bellman and Black by Diane Setterfield, and I'll also be posting a discussion of The Circle by Dave Eggers this week.
I finally have time to just read, so I'm pretty happy! Yay!
Posted by NancyO at 1:01 PM