Bellman and Black, by Diane Setterfield 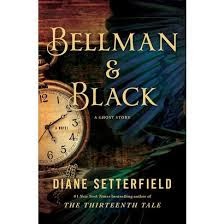 arc (a big thank you to the publishers!)

To put it rather bluntly, this book is not very popular among fans of Diane Setterfield's previous novel, The Thirteenth Tale, who I suppose wanted something more along the same lines in her new novel,  Bellman and Black and didn't get it.  I sort of feel like one of the lone holdouts -- I actually liked this book.  Then again, I went into it without any expectations:  even though I also liked The Thirteenth Tale,  I wasn't expecting this one to be a carbon copy.  I still don't understand why people come unglued when a particular favorite author goes off in a different way than in previous books -- as I've said so many times, it's very unfair and limiting to the writer when readers tend to expect the same thing over and over again.

Set in the Victorian era, as a boy of ten, William Bellman, his cousin Charles and their friend Luke were hanging out on a summer day, and Will tells the others he can hit a bird that was in a tree "half a field away." He had fashioned a perfect slingshot, picked the perfect stone, and launched it, hitting a black bird against all odds. The other boys were impressed; Will was "sick at heart, proud, abashed, guilty."  On his way home he glances back to where the bird had fallen and notices a congregation of rooks, all looking in his direction, and he also thinks he sees a boy dressed all in black. He's obviously haunted by what he's done, and while he spends a half week in bed with a fever,  he starts to apply what the author calls "his ten year old genius and power" to "forgetting." William's adult life starts out promising -- he is helping his uncle at the family's textile mill and comes up with a number of measures to make the mill more productive and lucrative.  He falls in love, marries just the right woman, and has beautiful children -- the perfect life, one others are either envious or proud of.  Yet, it's not long until he is faced with several deaths, and at each funeral, he thinks he sees a man all dressed in black. William throws himself into his work rather than deal with his grief; when tragedy strikes and he loses of all of his family members but one, he makes a "deal" with the man in black for the recovery of his dying daughter.  William then moves to London and branches out into a new career with death as its centerpiece, and again applies his magical touch, throwing himself body and soul into his work,  making it a successful enterprise.  And all along he's waiting for "Mr. Black" to return and collect what he's owed. 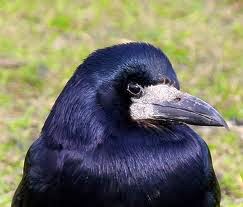 If you look at the title of this book on Goodreads it is Bellman and Black: A Ghost Story (which is btw, NOT  the title on the hardcover copy I bought) and somehow word has gotten out that it is just that, a ghost story. If you read it very carefully, though (and without wrecking the story for others who might wish to read it), you have to make up your own mind  -- in some ways, it reminded me very much of Sarah Waters' The Little Stranger, which also requires that the reader really examine the "supernatural" events that occur.  What I see here is a study of a man who has excelled in forgetting, keeping his grief buried, and who has tried to carry on while unable or unwilling to mourn the tragedies of his life just to function.  Seen in that light, this very much character-based story really works for me, explaining a lot of the ambiguities that follow throughout the novel. I will say that while the book is highly atmospheric, William's character may seem to some readers to come off as flat.  He is anything but -- his drive, his inner thoughts and his actions all point to a man in a great amount of pain.  It's all in how you read it.

Lots of readers have commented on "lack of plot," but again, this is a character-driven novel so the interest lies in trying to fathom what's going on inside of William.  I really don't get why people are so negative in their comments about this novel -- I found it highly unsettling and mysterious, haunting, but at the same time the horror here is completely on the subtle side until right at the end when all is made known.  Frankly, I couldn't put it down.  So what I didn't exactly care about were the rooks-eye scenes; while I get why they were there, they were often a little distracting. Otherwise, it's one I can definitely recommend, and one I'm definitely going to revisit.