*This House is Haunted, by John Boyne

paperback
arc, thank you, Other Press!

[reposted at my oddly weird fiction page of this blog]

"... any story which concerns itself with the afterlife and with forces that the human mind cannot truly understand risks disquiet for the reader."

In the spirit of great timing, being released in the US this month is This House is Haunted,  a perfect Halloween read, especially for people who appreciate and enjoy a good ghostly yarn or for those who find happiness in spending a few hours immersed in the supernatural.  It incorporates a number of my favorite components, including a Victorian setting, a governess, an English country home, and of course, a ghost that has the run of the house and goes around scaring people half to death or worse.  As in many well-written ghostly tales, there's also a mystery underlying the source of the haunting.   Done before --  yes, for sure, but definitely not like John Boyne does it here, where he's put together an entertaining  ghost story by incorporating elements of various writers of the Victorian era, paying tribute to their works in his own.  And it all starts with Dickens.

In fact, Eliza Caine, 21,  the illustrious heroine of this novel, actually blames Charles Dickens for her father's death, and following that logic, he's probably also responsible for everything that happens afterward.   It's 1867, London, and Eliza has accompanied her sickly father, "an impassioned reader" to a reading by the author against her better judgment. They had an enjoyable time, but within a day or so her father is dead.  Eliza works as a teacher, but when her father's death leaves her unable the pay the rent on their house, she decides to apply to an advertisement for a governess she's seen in the paper. She is accepted right away and leaves London for the first time in her life, taking the train to Norfolk and Gaudlin Hall, her new home, only to find that there are no parents around, only two young children, Isabella and Eustace Westerley.  It isn't long until she realizes that there is something wrong there, and that she is the victim of a vengeful spirit who frequents the place and makes Eliza's life a living hell. When she appeals for information from the locals, she's met with a wall of silence, but her curiosity on one score leads to information that all of her predecessors have been frightened away or have met terrible ends.  Eliza knows she absolutely must get to the heart of the mystery before she becomes the spirit's next victim and the children are left alone once more.


My guess is that the author had a great time while writing this book. It's a really good one -- a  tale probably best enjoyed on a stormy evening under a blanket with a hot cup of tea.   There are a number of  nods to Dickens, Charlotte Bronte, and Henry James in this novel as well as  a hint of the gothic.  While some parts come across as a bit tongue-in-cheek, making me think "parody",  the literary elements are very recognizable in terms of tropes, names, and style. Where this book shines  is in its characters, especially that of  Eliza, who is well beyond her timeframe in her thinking.  While she tends to be naive in the face of the supernatural at first, she is no hands-fluttering  standard Gothic or Victorian heroine who needs rescuing. She is extremely rational, independent, and courageous, but at the same time genuinely nurturing and caring toward her young charges. Taking no for an answer or being brushed off by the male characters (one Mr. Raisin comes to mind, oh! How Dickensian can you get!) who attempt to sweep her under the rug just isn't in her nature, although she is prone to the odd romantic reverie here and there in terms of the men she admires.

Perhaps the ghost story is not as frightening as others I've read, although the ending is downright chilling, but for me what makes a tale of the supernatural work best  is the aura of atmosphere that an author can produce and sustain throughout  his/her story. That's definitely part and parcel of this novel, as the author sets the level of "disquiet" on high with the villagers' silence,  the servants who appear and disappear quietly, the house and the untended children, creepy happenings and the procession of governesses to name only a few things. To his credit, he doesn't let the backstory out all at once either, allowing his readers to pick up a little bit at a time until the whole mystery behind the haunting is revealed. This House is Haunted is perfect for people who enjoy a good ghost story once in a while.  If you're thinking that you're going to get gore and splatter here, move along.  It's not that kind of book.  My advice -- go grab a copy, curl up in a blanket and prepare to have fun.  If there happens to be a thunderstorm brewing while you're reading it, even better!! 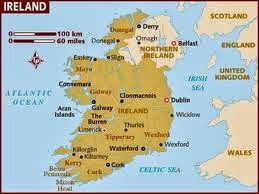