June: So much for the tbr challenge: books written this year 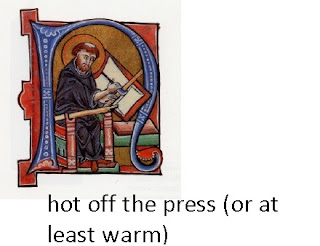 With the best of intentions, every year I take up someone's Mount TBR reading challenge and every year I  fail because I get tend to get caught up in what's newly released.  This year looks like more of the same, but I've finally decided I'm not going to stress over it.

This month I'm mostly exploring books that have been written in 2013, with maybe a few exceptions to ease my conscience and to have something to post for my involvement in the TBR challenge.  I don't have a set-in-stone list of books, but I'm considering the following:
I'll probably not be able to read all of these but I'll definitely give it a try, and I'll be adding my casual-reader thoughts on Patrick McGrath's Constance,  Thomas Keneally's The Daughters of Mars, and in the crime zone, Fuminori Nakamura's newest book, Evil and the Mask.