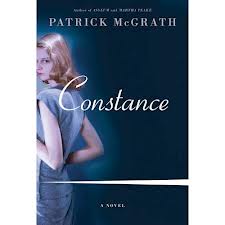 Have you ever come across one of those novels where you can't stand a single character in the book and yet the writing is so good that you are addicted? Or how about this: there are two narrators, and you don't know if you can trust either of them? It makes things a bit difficult, to say the least, while you're reading.

The first paragraph is a dead giveaway that things are not going to go well at all in this story as we first meet the title character.  Constance, it seems, has daddy issues:

"My name is Constance Schuyler Klein. The story of my life begins the day I married an Englishman called Sidney Klein and said goodbye forever to Ravenswood and Daddy and all that went before. I have a husband now, I thought, a new daddy. I intended to become my own woman. I intended, oh I intended everything. I saw myself reborn. Gone forever the voice of scorn and disapproval, the needling querulous voice so unshakeable in its conviction that I was worthless, worse than worthless, unnecessary."

and judging by the fact that she sees in Sidney a "new daddy," they aren't the kind that aren't going to be going away any time soon.  Constance's need to start over with this new daddy figure and make good is something she calls her "repetition compulsion complex," a strange phrase for someone who, as the reader finds out later, doesn't believe in going to psychiatrists.  For his part, Sidney, “a manipulating, pompous  "authority on Romantic poetry” and much older than Constance with two failed marriages under his belt, is initially attracted by her beauty, youth, naïveté and her aura of "angry untouchability."  His first feelings for her are "strong emotions rooted in lust."  On their first date, over coffee, she begins to unload about her childhood, her sister Iris, and their life in a home with the deliciously Gothic name of Ravenswood overlooking the Hudson. Her story has appeal to Sidney, a "sentimental man"  who, of course, sees it as a "Romantic cliché",

"The old house with its tower on a bluff above the river, and this beautiful girl, clearly in flight from who knows what horrors she’d suffered there, ... But for that I liked it all the more."

Constance's mother died when she was twelve, leaving her to take care of Iris. When she starts talking about her father, Sidney picks up on the fact that Daddy (a retired doctor by the name of Morgan Schuyler) is an issue with her.  At first, she sees in Sidney someone older with whom she can feel safe, and he recognizes a "sickness" in Constance which fosters a desire to love and protect her. He willingly  "took on Daddy’s role as best I could," hoping to be the "source of order  in her life.”  In short, it's a relationship where Constance remains the child, and Sidney is happy for a while to play the dad role;  he also takes it upon himself to lecture her, as he does (or did for a while) with the students he invites to his apartment, trying to impress on her how she should think  -- not the healthiest basis for a marriage.

The arrival of sister Iris doesn't help much -- she's come to New York, unsure that she wants to go to med school (a dream of their father's) and  falls for an older pianist (a lounge-lizard sort) named Eddie in an old  hotel, a relationship that does not please Constance.  Sidney sees Iris as a person with "messy vitality," and his acceptance and attention to her makes Constance jealous, old patterns repeated. He also sees Schuyler as just a sad old man.  At Christmas Sidney and Constance travel to Ravenswood, with Sidney's young son Howard (whose mother is dying), and they aren't there long before Morgan Schuyler drops a bombshell and "everything properly went to hell."  Aha, but there are more secrets waiting in the wings. As they begin to unravel, so does Constance. She becomes increasingly bitter and self absorbed, swinging into spoiled-brat mode, turning toward rebellion and a need to punish, even using Eddie to put Sidney into “the hell of sexual jealousy.” (As an aside, Eddie is probably one of the more interesting characters in this book, and although he has a strong role here, he's pretty much neglected -- which is a shame.)  Sadly, the psychological fallout of her obsessions with her past rains down on herself and everyone close to her in unexpected ways, for example, during sex when she makes Sidney call her Iris.

From everything I've read review-wise, people are saying that the author's earlier books are so much better than this one, and the general feeling is one of disappointment. I've only read one book of his, Asylum (which I loved), but now I think I need to go back and acquaint myself with the others so I can understand why people feel this way.  This book is chaotic -- chock full of neuroses, a search for identity, self destruction, decline, and death all taking place alongside the demolition of Penn Station, which Sidney sees as unnecessary and just one more sign that civilization is going down the toilet in the city. The author writes a very credible 1960s atmosphere, and there is also a great touch of the creepies and the gothic, especially around Ravenswood. The house is  falling apart, a byproduct of the secrets it has held for years, and there's a strange, almost Danvers-like housekeeper, a woman who "absorbed no light and gave none out”  and stayed on to help raise the sisters after their mother died. Yet, given the atmosphere, and the ratcheting up of tension throughout, I really expected something much darker and more sinister with every new revelation -- instead, and disappointingly,  there's really nothing so earth shattering here -- just a lot of neurotic people for whom I had very little sympathy or for that matter, any empathy. There's so much post-mortemizing of every event on both sides that it tends to get old after a while.  And, as for Constance, she's  by no means a sympathetic character, and frankly, much less credible than I would have expected.   At the same time, there's just something addictive about this book which I just can't put my finger on that kept me reading, waiting for a big payoff that for me, just didn't materialize.