The lovely island of Jamaica is the setting for this novel which centers around Yang Pao, a Chinese immigrant who landed there in 1938 at the age of 14 with his family after escaping civil war in China.  Approximately fifty years elapse in this story, from Pao's arrival through the re-election of Prime Minister Michael Manley in 1989.  It's an interesting book in which Pao's  story plays out through all of the political, social and economic changes that occur in that 50-year period, taking the reader from the last decades of British colonialism through Jamaica's independence and its aftermath.

The story actually starts in 1945, when Pao is visited by Gloria, a Jamaican woman who comes to  Pao in Kingston's Chinatown after her sister's been badly beaten by a white sailor.  Since the retirement of Zhang, the Yang family's friend, benefactor  and Chinatown's own local "Godfather" figure,  Pao has taken his place; Gloria comes to him to ask for justice for her sister  and future protection of the prostitutes living and working in her house. It isn't long before Pao becomes smitten with Gloria, but is advised by his friend that she's not the right kind of woman for marrying.   He sets his sights higher, and they land on Fay Wong, daughter of Henry, one of the richest Chinese men on the island, and the two eventually marry and have children.  This move up the social and business ladder is great for Pao at first, but things aren't destined to work out as he planned: Fay can't stand the Pao family home in Chinatown, Gloria's not too happy, and as time goes on, outside forces begin to  take their toll on Pao, his family and even the traditional ways that exist within Pao's Chinatown.   In and around Pao's story the author examines the immigrant experience, Jamaica's  hope for unity once its people gained their independence from the British,  the political conflict that overtakes progress, and the growing awareness of Jamaicans that while their former masters may be gone,  the people are still under outside control in various ways.

At its heart, Pao is a story about a powerful man who ultimately comes to discover things about himself and the people around him among the political, economic and social turmoil that overtakes Jamaica.  Pao is a complex character: he uses SunZi's Art of War as a guide for decision making and for strategy in dealing with others and is well respected within Chinatown, but at the same time, he can be brutal; he rapes his wife, punches her in the mouth and deals quickly with anyone who may pose a threat to his Chinatown.   While Pao's story is certainly the centerpiece of the book, more interesting (to me, anyway) is what's going on around him on the island in terms of the political, economic and social spheres post colonization, where the author raises some very interesting questions that are pertinent to life in any former colony.

Overall, I liked this book, even though family drama just isn't my favorite reading thing.   I would caution potential readers that the book is written using some kind of Jamaican patois so that if you're not up for a story written in other than the King's English, this may be a bit of a challenge.  But if you stick with it, the novel gets lifted out of the ordinary by the author's placement of the action in several different political eras, giving you a bit of a feel for the resultant chaos and how it affected life for people regardless of their socio-economic status.  Its focus on Chinese immigrants to Jamaica brings something new to my reading table regarding immigrant literature,  and while the Caribbean diaspora has been a topic found in many other books, the author deals with this part of Jamaica's history so that you can really understand the reasons people left their home and hoped for the best somewhere else. I'd recommend it for those reasons, although I'm sure the family saga will be much more of a draw.  Either way, it's definitely a good read. 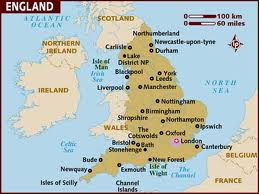