The last of the Booker longlist (briefly): The Finkler Question, The Betrayal, and In a Strange Room 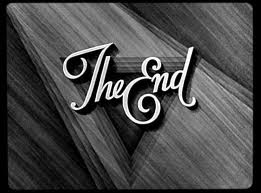 Ever so happy am I today because I've finished 12/13 books on the longlist, and  I'm officially calling it quits. The thirteenth book hasn't shown up (I see a credit card refund in my immediate future) and because I'm dying to get to my newly-purchased Scandinavian crime fiction novels to take the edge off of my tired brain, I'm bringing down the curtain on the Booker Prize longlist. Ta-da. That's all folks. Nothing to see here -- go back to your homes. Finis.

The final three on the list were The Finkler Question, by Howard Jacobson, Betrayal by Helen Dunmore, and In a Strange Room, by Damon Galgut. Following are my three very brief reviews.

Julian Treslove is a rather mediocre man who has had a string of unsatisfying and unspectacular jobs (including the BBC radio 3), and now works as a double for famous people.  His best  friends are Sam Finkler, from his school days, and Libor Sevick, former teacher to Treslove and Finkler.  Finkler and the older Libor have both been recently widowed; Treslove has had a rather unsuccessful and boring love life,  and considers himself an honorary widower around his friends.

Finkler is a Jewish pop philosopher on television and in print; he's also a member of  "ASHamed Jews," who take a great deal of pride in being ashamed of other Jews who are ardent supporters of Israel and Zionism.  Libor used to hobnob with the stars in his younger days. After an evening together, which the men spend trying to transport themselves back in time when they had nothing of value to lose (pre-marriage, pre-children), philosophizing about whether or not it's better not to have experienced happiness so that there's little to mourn in the present, Treslove is walking home, thinking about the depths of sadness evoked from that evening.  Out of nowhere he is mugged, and and he thinks his attacker (a woman...oh, the indignity of it all!) made an anti-Semitic remark as she was robbing him. Treslove is not Jewish, but wonders if there was something, unbeknownst to him, which would have caused her to assume he was.  Treslove then makes the decision become a Jew, a decision which changes his life from this point on.  His observations of his friend Sam Finkler lead him to call Jews "Finklers," hence the title.


While the author explores anti-Semitism on the streets of London (even among Jews!) as well as Zionism and Judaism and how Jews define themselves,  this book is also about friendship, love, loss and grief. There's a great deal of ascerbic wit and some incredibly funny moments, but there's also an undertone of deep sadness which runs throughout the entire book that never quite seems to let up. The Finkler Question is a good book, very well written, and one which offers its readers a great deal to think about.

The Betrayal is set in Stalin's USSR, beginning in 1952.  The story focuses on a couple, Andrei, a doctor  and Anna, who teaches at a nursery school.  Andrei and Anna spend their days trying to do what everyone else in that period of time tried  to accomplish (with varying degrees of success):  to keep a low profile while going about their daily work and home lives.  It is becoming increasingly difficult for Andrei and Anna and Anna's younger brother Kolya to do so -- at home, they attract the wrath of their neighbors when Kolya plays the piano and at work, Anna has been told she needs to advance herself by taking some courses at the university.  This is not such a bad thing, but Anna's got secrets that a check on her family background might uncover, and she doesn't want to risk coming to someone's attention.  Andrei also goes through his normal daily routine at work, but  trouble still manages to raise its ugly head when a colleague of his requests that he take a look at a very ill boy.  As it happens,  the boy's father is none other than Volkov, who is one of the highest officers of the Soviet secret police.  Andrei realizes that he is in a most untenable position, especially when it turns out that Volkov's child needs immediate treatment for cancer.  Although everyone he knows tells him to walk away, he finds that he cannot -- with some rather unsettling consequences.


I liked it, but I wasn't wowed, unlike everyone else who seems to have fallen in love with this book and given it 4+ stars.  I know I am the lone stranger here, but I can't help it.  It's not really the author's fault -- it's just that the story was a bit too light for my taste, not as much of an in-depth look at this period as I would have hoped for.   Dunmore is a skilled writer, but if I were going to recommend fiction about life under Stalin, I think I'd go with Solzhenitsyn's The First Circle, Platanov's The Foundation Pit, Vassily Grossman's Life and Fate and Shalamov's Kolyma Tales. But if you like your historical fiction on the lighter side, then you'll probably love The Betrayal. 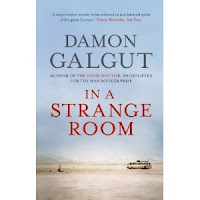 In A Strange Room consists of three novellas.  The first is called "The Follower," in which the narrator (also named Damon) is in Greece, visiting the ruins at Mycenae, and on the empty road meets a fellow traveler, Reiner, going the other way. They strike up a conversation, and Reiner tells Damon that he has to catch a train that night. However, when Damon arrives back at the hostel where he is staying, he finds Reiner there, having missed his train. Eventually Damon returns home to South Africa where he finds himself thinking of Reiner, and decides to invite him to come and visit. The two decide to travel to Lesotho where they embark on a series of long hikes with unforeseen consequences.  The second story is called "The Lover." Once again Damon is traveling, this time in Zimbabwe -- "no particular reason or intention has brought him here."  At a bar at Victoria Falls he meets a group of fellow travelers on their way to Malawi. He decides to go with them, and realizes that they don't know each other but have only banded together for safe travel. However, he soon ditches this group for another group of three people who he keeps bumping into -- Alice, Jerome and Christian. When the trip is finished, Damon decides to go home rather than to Greece where he's been invited by Jerome and Alice, but is struck with instant regret. So some time later, he takes them up on their offer for a visit to Switzerland. The last story in the book is "The Guardian," which finds Damon heading for Goa (India) with a good friend of his named Anna, "somebody he loves and who makes him laugh.  Somebody he wants to protect." He has promised Anna's partner he would watch over her carefully, because Anna's already "gone off the rails" in the past.  But Anna's troubles cause her to start  “losing the plot, living in fast motion, speeding along” and eventually, things come crashing down, spiraling out of control.
Besides the experience of traveling with someone tying together these three stories, in an interview, Galgut noted that the unifying theme in these stories is that there is a "spectrum" of  categories  people in "intimate" relationships fall into: power, love, and guardianship.  I would add that there's a theme of dashed hopes in a "what could have been" sort of way that seems to run throughout as well.
In a Strange Room is not a novel filled with action, but rather a story told in a quieter, understated tone.  The narrator relates his story often as if he's watching himself from another vantage point,  so that sometimes he's speaking in the first person, and the telling changes to a third-person narrative, where "I" becomes "he" or "Damon." And as I was reading it, I couldn't help but wonder if this was a disguised piece of autobiography, only to learn after finishing the book in the above-mentioned article that the author believes that

the process of memory is also a form of fiction. Part of the point of this book is that it should be published as fiction and make people reflect on the boundaries between fiction and non-fiction.

And he's absolutely correct, now that I think about it.  I really liked this book as a whole, although my least favorite story was the second one, because it seemed that the longer it went on, the less powerful it became.   What comes out of  this book is honest emotion, which I appreciated.  Definitely recommended.