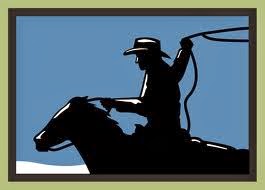 Where did this month go? You'd think with 31 days, it would have moved slowly, but no - it zoomed on by. I have to say that with only a few exceptions, the books I read this month have been pretty much the most offbeat novels in a long time. My favorites in the fiction/literature department, of course are the original Barrytown Trilogy, by Roddy Doyle. I liked The Guts, but there was just something about the first three that will stick with me for a long time.  The Madonna on the Moon by Rolf Bauerdick was also very good right up to the last one hundred pages or so, but left me a wee bit disappointed with the ending. Up to then, though, I couldn't put it down. Very quirky -- right up my alley.
In the weird fiction department, I finished only two books: Robert Aickman's The Wine-Dark Sea, which gave me such a case of the willies I had to stop and start, stop and start again. Then there was A Season in Carcosa, edited by Joseph Pulver Sr., which I didn't read because of HBO's True Detective, but because I was in the mood for something exceedingly strange and it fit the bill at the moment.
The crime fiction reads were also less this month:  two Chandlers, Benjamin Black, and a new author took up my time.
I also ended up giving away eight books this month -- and I've decided to not keep my copy of The Guts if anyone would like it (US only, sorry).

So - let the lowdown begin:
March:

fiction/literature
The Ballad of Barnabas Pierkel, by Magdalena Zyzak
The Madonna on the Moon, by Rolf Bauerdick
The Barrytown Trilogy:
The Commitments, The Snapper, and The Van,  by Roddy Doyle
The Guts, by Roddy Doyle
The Club at Eddy's Bar, by Zoltán Böszörményi (liked it -- review in April)


1)  Added to the  wishlist this month:
crime fiction:
A Dark Redemption, by Stav Sherez

general fiction/literature:
Before I Burn, by Gaute Heivoll
the weird, the strange, supernatural etc:
The Invisible Eye, by Erckmann-Chatrian (ed. Hugh Lamb)
nonfiction

The Other Victorians, by Steven Marcus
A Spy Among Friends, by Ben Macintyre

preorder: The Strange Journeys of Colonel Polders, by Lord Dunsany
preorder: The Temporary Gentleman, by Sebastian Barry
preorder: Moving Among Strangers: Randolph Stow and My Family, by Gabrielle Carey

3) Indiespensable and Book Passage Signed First Edition books for this month (in that order):
The Blazing World, by Siri Hustvedt (I mistakenly listed it for February, but it's actually for March)
The UnAmericans , by Molly Antopol

4) The book group read: Well, we had to move our discussion of our current book Burial Rites by Hannah Kent to tomorrow (April 1) because of scheduling issues so we didn't have a March meeting. Feedback I'm getting from the members of my group is that it's bleak, but they like it.


5) Currently reading:
The Hastur Cycle, ed. Robert M. Price (horror/weird fiction)
Frog Music, by Emma Donoghue. Actually, it will arrive tomorrow, but I'll list it here today because as soon as it arrives, my nose will be in it.


and, at the end of the first quarter:

that's it... happy reading as always.