Moonstone: The Boy Who Never Was, by Sjón 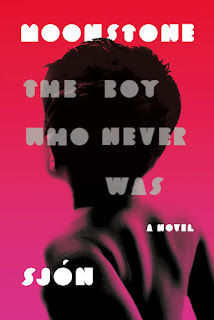 I loved this book. Not only does it satisfy my craving for out of the mainstream different,  but by the time the end came rolling around, I was just plain floored, not just by the story,  but by the absolute, sheer beauty of the writing.  If you don't know Sjón's writing, he is the master of short but downright deadly (in a good way) novels. In this novel he's outdone himself -- jeez Louise, the writing is just brilliant here.

The most striking thing about this book, in my opinion,  is the theme of isolation against the fear of contagion that runs through this novel in more ways than one, and in my opinion, it's what the author does with these ideas that makes it so brilliant. It wasn't until the final page that I understood exactly how near-perfect this novel really was, and a second reading made things much clearer than the first.  The subject here is  Máni Steinn Karlsson, 16, who lives in the attic of a house with his great-grandmother's sister where the two have lived for about the last ten years since the death of his mother.   He's an independent kid who "does what he likes;" he is gay, and earns money by having sex with men. This is not, however, a novel about exploitation -- let's just get that out of the way up front.  Máni  is a "loner" and an "outsider" who loves the cinema, a boy who "lives in the movies," who when not watching them, replays them in his head. He's an interior sort of person who amuses himself


"analyzing the life around him, with an acuity honed by watching some five hundred films in which every glance, every movement, every expression, and every pose is charged with meaning and clues as to the subject's inner feelings and intentions, whether for good or for evil,"

someone for whom "mankind's behavior" is an open book.  He lives in Reykjavík at a rather momentous time in Icelandic history.  It's 1918 -- the spectacular eruption of the Katla volcano lights up the skies and covers houses and streets in layers of ash, Iceland been granted its independence, and the nation that had isolated itself from World War I now faces its own intrusion from the outside as the deadly outbreak of Spanish Influenza lands on its shores.  Through all of it, Máni , who exists on the fringes of Reykjavik society, and whose homosexuality keeps him in dark corners or behind closed hotel-room doors, acts as spectator, impassively watching from the outside until he is thrust into the middle of things with a young woman who fascinates him because of her particular resemblance to a figure in his favorite film.  But life returns to a sense of normal, and well, I have already said enough.


The book is a gorgeous mix of realistic and surrealistic ("mind-bending" is what the cover blurb says which is definitely the case); and the way the author incorporates Mani's love of cinema as well as his favorite films into the narrative is beyond outstanding. The ending seriously left me floored as I realized exactly what the author had done here.

It won't be for everyone;  for example, anyone who has problems with gay sex scenes probably may not want to pick it up. However, if you want to experience a work of excellent, artistic writing, then don't miss it.  I've been so very lucky this year in finding very good books -- and my winning streak just continued with this one.  Just wow. 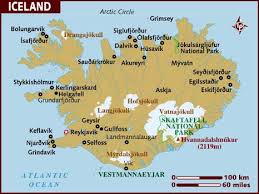 and now the pros weigh in: my casual-reader self now offers you real reviews, from people who can actually write them

from The Guardian, by Hari Kunzru
from Lambda Literary, by Nathan Smith
from Open Letters Monthly, by Robert Minto