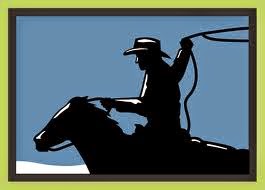 Florida in the summer means rain. Normally it's a brief shower from 3 pm on, so regular that you can set your watch by when the rain starts, but this summer it's been a lot of big thunderstorms.  While that means less time swimming, it's more time reading. The getting up at 5 a.m. to have peace and quiet also adds to reading time, so I did very well this month. Keeping in mind that I read for my own entertainment and not because I want to be one of those readers who write the  "lengthier, more considered critical judgments we used to have time to write and read,"  as per Thomas Mallon, I'm having a good time with my book choices.

weird fiction/horror/fantasy/sci-fi
The Elementals, by Michael McDowell (the Valancourt Books ed.)
Searchers After Horror: New Tales of the Weird and Fantastic, ed. ST Joshi
Worlds of Hurt, by Brian Hodge (just finished today so no discussion yet, but yowza!)
Now the rest:1) Wishlisted books:             A) Crime Fiction:Motor City Burning, by Bill Morris
The Household Traitors, by John Blackburn
Blue Octavo, by John Blackburn

B) General/Literary FictionWill Not Attend: Lively Stories of Isolation and Detachment, by Adam Resnick
Call it Sleep, by Henry Roth       C) The Weird, the Strange, the Supernatural, etc.nothing this month      D) Nonfiction: Unruly Spaces: Lost Spaces, Secret Cities and Other Inscrutable Geographies, by Alastair Bonnett2) Books bought this month:       A) crime fiction  The Mad and the Bad, by Jean-Patrick Manchette
A Cut-Like Wound, by Anita Nair
The Glass Cage, by Colin Wilson
*Come Sweet Death, by Wolf Haas
*The Boneman, by Wolf Haas
*Resurrection, by Wolf Haas
*The Accidental Pallbearer, by Frank Lentricchia
*The Dog Killer of Utica, by Frank Lentricchia
*A Very Profitable War, by Didier Daeninckx
*Nazis in the Metro, by Didier Daeninckx
I Hear the Sirens in the Street, by Adrian McKinty

*thanks to Melville House's 40% off sale!       B) general/literary fiction*We Are All Completely Beside Ourselves, by Karen Joy Fowler
*To Rise Again at a Decent Hour, by Joshua Ferris
*The Lives of Others, by Neil Mukherjee
*The Wake, by Paul Kingsnorth
*History of the Rain, by Niall Williams
Tigerman, by Nick Harkaway
All That is Solid Melts Into Air, by Darragh McKeon
preordered:  The Lotus and the Storm, by Lan Cao
Augustus, by John Williams
The Dog, by Joseph O'Neill
The Disunited States, by Vladimir Pozner
* thanks to the booker prize longlist judges coming up with these

C) the weird, the strange, the supernatural, sci-fi etc.  North American Lake Monsters, by Nathan Ballingrud
We Have Always Lived in the Castle, by Shirley Jackson
Lai-Wan: Tales of the Dreamwalker, by C.J. Henderson
Sesqua Valley and Other Haunts, by W.H. Pugmire
Weird Inhabitants of Sesqua Valley, by W.H. Pugmire          preordered: nada     D) spy fictionA Most Wanted Man, by John LeCarre      E) nonfictionThe Explorers: A Story of Fearless Outcasts, Blundering Geniuses and Impossible Success, by Martin Dugard
preordered : nada3) Indiespensable, Book Passage Signed First Edition, and Politics and Prose Signed First Edition  books for this month:Indiespensable: #48:  The Great Glass Sea, by Josh Weil  -- arrived and I'm so ready to read it, but other obligations are pushing it out furtherBook Passage:  Everything I Never Told You, by Celeste Ng
Politics and Prose:  The Zhivago Affair, by Peter Finn and Petra Couvéé
4) The book group is on hiatus, coming back in September with Boris Fishman's A Replacement Life.
5) Currently reading:weird fiction:  just starting North American Lake Monsters, by Nathan Ballingrudregular fiction:  The Antiquarian, by Gustavo Faveron Patriaunonfiction: starting Dr. Mutter's Marvels, by Christin O'Keefe-Aptowicz (but I can't post about it until September)crime fiction: The Devil's Road to Kathmandu, by Tom Vater (crimewave press) this month I gave away two giant bags of books, two boxes of books, and several others.  Thanks to all who gave them new homes. My husband Larry thanks you as well.