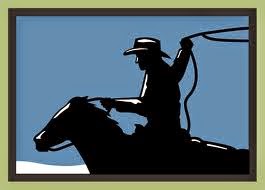 The summer read plan is progressing nicely, although with a lot more crime fiction and weird fiction/horror reading than I'd originally planned.  It doesn't matter, really -- summer reading is summer reading.  Getting down to business, I give you Part One of three months of very light summer fare:


nonfiction
The Good Spy: The Life and Death of Robert Ames, by Kai Bird
Moving Among Strangers: Randolph Stow and My Family, by Gabrielle Carey


weird fiction/horror/fantasy/sci-fi
Beyond the Pole and Other Weird Fantasies, by Philip Fisher
Teatro Grottesco, by Thomas Ligotti (not yet posted)

B) General/Literary Fiction
The General of the Dead Army, by Ismail Kadare

C) The Weird, the Strange, the Supernatural, etc.
The Amazing Resurrection of Victor Frankenstein, by Thomas Ligotti
The Devil Is Not Mocked and Other Warnings: Selected Stories of Manly Wade Welllman, Volume 2, by Manly Wade Wellman

A) crime fiction
The Moving Target, by Ross Macdonald
The Bloody Spur, by Charles Einstein
Angelica's Smile, by Andrea Camilleri
Double Blank, by Yasmina Khadra
According to the Evidence, by Hugh Pendexter
The Farm, by Tom Rob Smith

preordered: Moon in a Dead Eye, by Pascal Garnier


B) general/literary fiction
A Girl is a Half-Formed Thing, by Eimear McBride
Summer House With Swimming Pool, by Herman Koch
In the Wolf's Mouth, by Adam Foulds
The Antiquarian, by Gustavo Faverón Patriau
Compartment No.  6, by Rosa Liksom
The Rise and Fall of Great Powers, by Tom Rachman
The Last Magazine, by Michael Hastings
The Merry-Go-Round in the Sea, by Randolph Stow

preordered: The Whispering Swarm: Book One of The Sanctuary of the White Friars, by Michael Moorcock

preordered: In the Kingdom of Ice: The Grand and Terrible Polar Voyage of the USS Jeanette, by Hampton Sides


4) The book group read  Empty Mansions: The Mysterious Life of Huguette Clark and the Spending of a Great American Fortune, by Bill Dedman and Paul Clark Newell Junior.  We liked it, but differed in our opinions about Huguette Clark's mental status at the time she was signing away her fortune to her nurse.

The group is on hiatus until the end of September, coming back with A Replacement Life, by Boris Fishman

this month I gave away 11 books! Thanks to all who gave them new homes.

back to poolside lounging now -- it's a great day out there!
Posted by NancyO at 9:20 AM