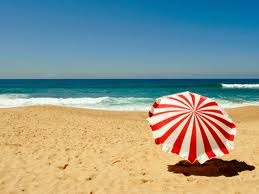 The summer is officially nearly here, but where I live it's been summer weather for a while now, making it easy to qualify for being in summer-read mode.  Spending time looking around for what's coming out this summer, I've come upon a few that look good to me.   I have other books that could also qualify, but I'll be focusing on these titles over the next couple of months along with whatever else I already have to throw in the mix.

I'll just go make sure I have enough paper umbrellas for the foofy summer drinks now.

out in June:
(fiction)
A Replacement Life, by Boris Fishman
In the Wolf's Mouth, by Adam Foulds
Eyrie, by Tim Winton
Mr. Mercedes, by Stephen King --
The Antiquarian, by Gustavo Faverón Patriau --
The Farm, by Tom Rob Smith
Eyes on You, by Kate White -- currently reading courtesy of Harper
The Quick, by Lauren Owen
Summer House With Swimming Pool, by Herman Koch


The Explorers: A Story of Fearless Outcasts, Blundering Geniuses, and Impossible Success, by Martin Dugard

out in July:
(fiction)
Herbie's Game, by Timothy Hallinan
A World of Trouble, by Ben Winters -- the final installment of his excellent sf trilogy
The Mad and the Bad, by Jean-Patrick Manchette

(nonfiction)
A Spy Among Friends: Kim Philby and the Great Betrayal, by Ben Macintyre (fyi: I've actually already read this one, but I'm posting it because it's so incredibly good).

out in August:
(fiction)
The Lotus and the Storm, by Lan Cao
Colorless Tsukuru Tazaki and His Years of Pilgrimage, by Haruki Murakami

(nonfiction)
In the Kingdom of Ice: The Grand and Terrible Polar Voyage of the USS Jeannette, by Hampton Sides