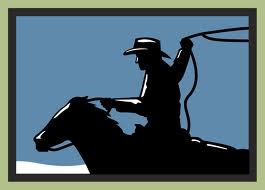 Where did September go? My plan of leisurely reading the Man Booker Prize longlist sort of fizzled this year for several reasons, and I didn't finish but that's okay.  I'll continue reading them anyway, hopefully finishing before the prize is actually announced.  I'm passing on Nicola Barker and the jury's still out with Will Self but right now I'm smack in the middle of The Teleportation Accident by Ned Beauman and absolutely loving it. It's one of those books where out of nowhere comes a huge laugh now and then.  I'm so in love with this book that when I have to put it down I get positively resentful.  Nancy to Larry: "Dinner? Really? Let's order takeout and you go get it while I finish this chapter."

Summarizing what I did manage to finish in September, I see the following:

The Booker Prize Longlist
The Lighthouse, by Alison Moore
The Garden of Evening Mists, by Tan Twan Eng
--- leaving unread so far Philida, by Andre Brink
Umbrella, by Will Self
The Yips by Nicola Barker, (I'm taking a pass here)
--- and halfway through The Teleportation Accident  by Ned Beauman (definitely more later on this one!)
other fiction
Telegraph Avenue, by Michael Chabon
nonfiction
Lost Antarctica: Adventures in a Disappearing Land, by James McClintock
The Boys of '67: Charlie Company's War in Vietnam, by Andrew Wiest
--- (very good book, no discussion yet due to time reasons, but coming in the next couple of days)
crime fiction
odd/weird fiction
So that's it for September readingwise; here's the rest of the month's activities:

other book-related stuff:
1) The book group read The Orphan Master's Son, by Adam Johnson and we had one of the best discussions ever.  While many people had problems with the bleakness of this novel, generally we all loved the book.

2) Added to the Amazon wishlist this month:
The Hill Bachelors, by William Trevor
North, by Louis Ferdinand-Céline
Dance of the Seagull, by Andrea Camilleri

4) Currently reading:
The Teleportation Accident, by Ned Beauman
Chalk Valley, by D.L. Johnstone
Legacy of Ashes: The History of the CIA, by Tim Weiner

(if you want one or both of these, be the first to leave a comment with the book(s) you want.)