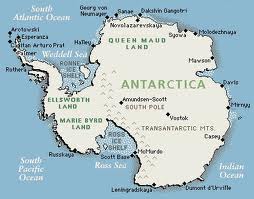 My whole reason for selecting Antarctica as a reading topic this month can be summed up in one word: Pym.  I pre-ordered Mat Johnson's book months ago, because it seemed like something right up my alley -- quirky, metafictional, and a full-on crazy adventure story.  Then when it arrived, I'm thinking well, I must have other stuff based in Antarctica on my shelves, and sure enough, after consulting the endless tbr pile, there were many from which to choose. And also, I've always had this soft spot for Roald Amundsen's story where he beats Scott to the South Pole, so it's a great excuse to reread Huntford's wonderful The Last Place on Earth.

And if the truth be told, it's starting to heat up here in South Florida, enough to where I went out boating with friends yesterday for hours and hours, and ended up with probably the second worst sunburn I've ever had.  The first happened my first time in the Bahamas, where stupid me went out in a tank top in the August Caribbean sun for the entire day with no other protection.  Anyway, yesterday's burn is still so bad that I can feel heat radiating between my back (the worst of it) and the scrubs shirt I'm wearing, and cold (even it it's only in print) seems like a good thing right now.

To add to a few books I found in my personal library,  I discovered and ordered some titles based on a  website I found dedicated to Antarctic fiction called Tekeli-li, a phrase which incidentally comes from the first book in the lineup, The Narrative of Arthur Gordon Pym, by Edgar Allen Poe.  Here are a few titles to start:

obviously, Pym, by Mat Johnson (which I've actually finished now)
The Antarktos Cycle: Horror and Wonder at the Ends of the Earth, edited by Robert M. Price (the centerpiece of which is HP Lovecraft's "At the Mountains of Madness"
Cold Skin, by Albert Sanchez Pinol
Victim of the Aurora, by Thomas Kenneally, which will add another book to the Aussie Author Challenge
The Last Place on Earth, by Roland Huntford

As usual, aside from highlighting these reads,  I'll also be working on the tbr pile; this month I've set aside Edward Docx's new book (The Devil's Garden), Henning Mankell's new Wallander book (The Troubled Man), and Laurence Cossé's A Novel Bookstore, all of which I'm in a big hurry to read.  And in between -- more crime fiction, always more crime fiction.
Posted by NancyO at 3:53 PM