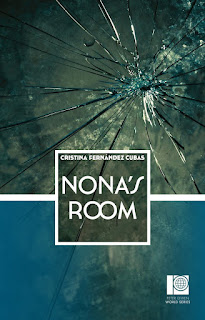 First, let me say thank you to the publishers who sent me this book, and especially to Maya, who had to put up with my loss of the e-copy she sent and then sent another one.   Actually, I lost it a second time because I forgot to save it before turning off my ipad, but as I was too humiliated to ask her for a third download, I bought a print copy.

On now to Nona's Room, which is part of the "Spanish Spring" offerings of a collection called the Peter Owen World Series.  The blurb about these books reads as follows:


"Journey with us to explore outstanding contemporary literature translated into English for the first time. Read a single book in each season -- which will focus on a different country or region every time ...Read the world -- three books at a time ... 3 works of literature in 2 seasons each year from 1 country each season."

I'm in, as it looks like this is going to be a great series; there is more info about these books here at Peter Owen's website.

Nona's Room puts together six short stories narrated by women, and it isn't long into the first story that I realized I had something unique in my hands.  The publisher's description of this collection labels these tales as "Gothic and uncanny stories," but I think a better way to describe them is to say that they're off-kilter, taking the reader right away into a strange sort of universe where he/she will have no idea what to expect at any moment.  That impression was cemented  in the first story, "Nona's Room," a tale of two sisters that is utterly mind blowing once the author turns a certain corner in the telling.  Then another surprise, with "Chatting With Old Ladies," which starts out with a woman trapped in a desperate situation who, as it turns out,  hasn't even begun to understand the meaning of either "trapped" or "desperate." This one reads like a mix of horror story and fairy tale, and I heard myself actually gasp at the ending of this one. By this time on  full alert, I moved on to what I consider to be the best story in this book, "Interior With Figure," in which a writer visiting an art museum stops to listen to a group of children giving their own interpretations of a particular painting, finding one little girl's thoughts beyond disturbing. However, it's this child, not the painting itself, that captures the writer's imagination...


"The End of Barbro" brings three sisters together to reflect on their past, while "A Fresh Start" finds a woman wanting to start all over discovering that "the present has slipped into her past;"  "A Few Days with the "Wahyes-Wahno" follows two children as they visit their aunt and uncle while their father is ill; the idyllic retreat will become something they will remember for the rest of their lives. "..a sad happiness or a happy sadness," only the reader can judge.

The quotation with which I began this post really says it all -- "It’s as if she’s not seeing the same thing as everyone else," since it seems to me that Ms. Cubas has this rather eerie way of looking at things through a set of lenses that focus on the spaces between reflections and illusion, past and present; but most of all between borders and boundaries that we as readers don't get to see very often. It's not an easy read, and it does take a lot of active thought, but the patient reader will be highly rewarded.  And I have to say that as I turned the last page, I had to go sit and focus on more mundane things to shake off my sense of being left totally off balance.  When a book can provoke a reaction like that, it's one well worth reading. 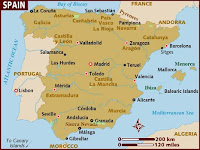