November: back from vacation, and it's catch-up time. Let's start with Landfalls, by Naomi J. Williams 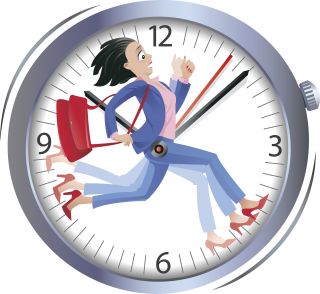 I was already way behind on my American novel reading project before October came along and brought creepy reads into my purview, then, of course there was our 2-week vacation where internet minutes were ridiculously expensive, so the long and short of things is that I'm still way behind.

But my reader hat never came off except for snorkeling interruptions, and I managed to squeeze in one novel that was neither crime nor strange fiction -- Landfalls, by Naomi J. Williams.

Here's part of the blurb:


"In her wildly inventive debut novel, Naomi J. Williams reimagines the historical Lapérouse expedition, a voyage of exploration that left Brest in 1785 with two frigates, more than two hundred men, and overblown Enlightenment ideals and expectations, in a brave attempt to circumnavigate the globe for science and the glory of France."

I didn't actually choose this book for myself; it was the choice for October from Book Passage's signed first editions club. However, when I read that very same paragraph, I was immediately hooked and into the vacation book bag it went. I have this strange fascination with all things seafaring explorers, and I figured this was going to be great. And for a time, I was well into it.  Landfalls begins with a visit to England by a French naval engineer who's come in disguise to pick up needed things for the voyage of two ships, the Boussole and the Astrolabe, both of which are under the command of Jean-Francois de Galaup, Comte de Lapérouse.  The expedition (thankfully there's a great map of Lapérouse's travels in the front of the book) went from 1785 to 1788, at which time no more word was ever heard from le Comte or from anyone else still with him.  I say "still with him," because like many other voyages of the time, a number of the explorers/crew on this expedition didn't survive some of the ever-present dangers of contact with other cultures.  In real life, according to Wikipedia, Lapérouse vanished from the face of the earth somewhere in "Oceania;" Williams puts his last sighting somewhere in the Solomon Islands.

But back to the book.  It is labeled as a novel, but to me it read much more like a collection of vignettes that occur before, during and after the expedition. Once the expedition begins, the author's major focus here is not life on the sea but rather the "landfalls" the ship makes.  For example, in Alaska, a young Tlingit girl witnesses her first Europeans and a major tragedy, which she tries to relate from her own cultural point of view; as another example, in Monterey California, the story switches to a series of letters back and forth in which Spanish missionary contact with the French explorers is related. Another episode is related in Concepción, Chile, where Laperouse finds himself in a bit of competition with an expedition member for the wife of his host, wrestling with his conscience because of the wife he'd left behind.

The best chapter in this entire book is "The Report," in which an officer is commanded to produce a report after a horrific tragedy, and as he works his way through it, the reader is made privy to a terrible revelation. Indeed, there are many moments in this book where the reader is right there at some major event, feeling what the characters feel (the scene in Concepción with the hot-air balloons, in Monterey where the good Catholic priests beat their religion into the indigenous people, or a much later scene where the character watches in despair as the hope of rescue disappears on the horizon).    Sometimes this approach works, sometimes it doesn't quite do it.  On the whole,  I came away feeling like my job as a reader here was to put a series of disjointed stories together to cohere as a novel, and that didn't always work either.

However, there is much to enjoy about this book, especially in how Ms. Williams reimagines and interprets an expedition that most people have never heard of.  But it's not just the expedition itself that captured my interest. She goes big and bold, for example, in the chapter "Lamanon at Sea," where she imagines a scientist's return to France in the midst of the Terror, offering her readers a look at the sort of society in which Enlightenment ideals have gone wildly astray leading to social and political upheaval of the worst sort. The way she writes this part of the chapter is just unbelievably good and I found myself at various points in this book unable to put it down.

So far readers are loving this book.  The Historical Novel Society rates it positively, as does Katherine A. Powers at The Christian Science Monitor.  I have to agree that Landfalls is a highly intelligent work; had it not felt so disjointed and jarring, I probably would have enjoyed it much more than I did.  Still, I would most definitely recommend it to anyone who likes quality historical fiction.  I will also say that it is very, very obvious that Ms. Williams has spent a LOT of time researching her material, something that the history person inside of me greatly appreciates.
Posted by NancyO at 12:05 PM