Partitions is the Amit Majmudar's first novel, although he is also an award-winning author of poetry.  According to the acknowledgments, his family was not caught up in the 1947 partition of India which created the new nation of Pakistan, his relatives have no stories about that time, and everything he knows about this tumultous period of history he learned through reading.   In this book, "partition" refers more to what happens after the politics are settled and Pakistan has become a reality; it also finds meaning in  the dislocation of people as they are separated from their homelands and families as well as their ordinary day-to-day existences.  In such a dark and violent time, the author also reveals little pockets of human kindness here and there that offer some hope for a future in which people can set aside what keeps them apart and work together.  It is a novel of historical fiction combined with magical realism, and that fact alone means that the reader must prepare to suspend his or her disbelief.

In both India and Pakistan, the newly-created border led to a massive exodus as people sought safety from revenge killings occurring on both sides. Millions of people found themselves uprooted due to a tide of violence and the new political and sectarian realities brought about by this partition.   Majmudar's core group of four characters become representatives of  the human river of refugees that followed in its wake:   Shankar and Keshav Jaitly, a young set of Hindu twins separated from their mother waiting for the train to India; Ibrahim Masud, a Muslim doctor who sees people as people not as their religions; and Simran Kaur, a young Sikh girl who finds herself dangerously alone after running away from her father, who takes extreme measures to protect the females (and one little boy) in his family.

The story is told via the ghost of the twins' dead father Roshan, who moves in and out of the lives of the four main characters.  While he moves the narrative along, the reader is also introduced to his own story.  Roshan was the son of a Brahmin doctor and became a well-respected physician himself.  He had it all until he married the twins' mother Sonia, who was of much lower caste than his own family and much younger than he.   His marriage separated him from his family; even when his sister comes surreptitiously to perform the naming ceremony for the boys, she doesn't forgive: she will not even accept water given to her by Sonia.  Now as he hovers on the edge of the living in spirit form, he is able to see evil in people's hearts as he steadfastly keeps his attention on this children.  Roshan's ghost is the reader's guide through the burnt-out buildings, the piles of dead bodies and the vultures (literally and figuratively) waiting to get at them. At the same time, it is also the illuminator of random acts of human kindness throughout the characters' respective ordeals and after they eventually come together.

While the story is compelling, the author's poetry background enlivens even the smallest moments in the novel. The clinic where Dr. Masud works becomes "the only place he feels safe...protected from further suffering because of the suffering already there." A man playing a drum "inhabits his music." The crowds in exodus are "Great human rivers, the vanished Sarasvati reborn with all her tributaries," where "Migrant field hands who walked one way to eat now walk the other way to starve."  A particularly nasty man has "seen delicate things up close only after they have been broken."  And at one point, Dr. Masud is just two hours away from reaching Pakistan when Roshan notes  "He never knows when he crosses the border. It is too early in the border's life cycle; it hasn't budded checkpoints and manned booths yet, hasn't sprouted its barbed wire thorns."  It's a striking and even chilling moment in this novel -- a point at which the novel's contemporary future meets up with the reader's present; that particular story still has yet to be written in 1947.

What I'm not so sure about is the ghost of Roshan Jaitly.  When I first picked up this book and realized what was going on with the narration, I did the mental equivalent of an eye roll, trying to decide whether or not I would even read it.  And having finished it, I thought this tack sort of cheapened this story.  Aside from the fact that it's a ghost, there's just too much of Jaitly's own self interjections throughout, especially at the end of the story where Roshan's ghost intervenes to stop a terrible act.  I get where the author was going with this approach, but still, if there had been some omnicient narrator rather than a ghost, that would not have changed the core story except at the last. Although that would have meant a rather terrible ending, when writing about human tragedy, sometimes the heartbreaking consequences produce much more impact.   I thought this bit was annoying and unnecessary.  The other thing I think that would have helped would have been a map of the area both before and after the Partition.  I was a little confused at times and had to often refer to the internet for help.

If it's possible to get past the ghostly narrator, Partitions is a fine opening effort from this author, and brings to light a chapter in history that is especially relevant to events today.  Even if you don't know anything about the partitioning of India, Majmudar's story will carry you through part of its aftermath. Readers who can't deal with often-brutal scenes of violence or suffering should probably pass, but if  you like historical fiction on the literary side, this one will probably appeal. 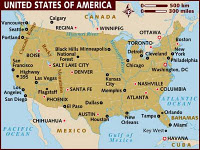