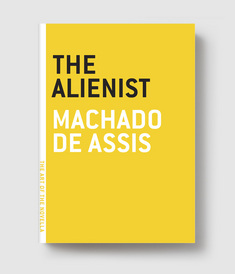 That's a very quick summary of the plot, but in this book there's much more than merely plot to consider as is usually the case in satire;  aside from the focus on the changing definitions of insanity by a self-professed authority  (a commentary, I think, on the folly of relying solely on science-based reason), ideas,  society and politics of the time are put squarely under the microscope here as well.  And then there's an interesting look at conformity, both inward and outward.  I don't want to say any more than that because it certainly is a story not only worth reading, but also worth spending time pondering to pick up what's actually going on here.  I loved this little book.
Posted by NancyO at 10:35 AM