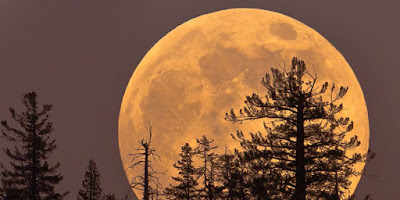 Ah yes, November -- the month of the supermoon, elections, Thanksgiving and of course, super books.  Not a bad one in this month's bunch.  How can one person read so many books in one month? you might ask, which is a fair question, with the answer being that  the election results left me unable to sleep for days at a time and sort of stunned to the point where I just wanted to retreat into a sane world of literature. At least when insane stuff happens there it's fiction -- you can check out any time you like...  'nuff said.

Starting with crime fiction, we have

Crush , by Frédéric Dard
Bird in a Cage, by Frédéric Dard, both from Pushkin Vertigo
In A Lonely Place, by Dorothy Hughes, basis of the movie with Humphrey Bogart
The Riddle of Monte Verita, by Jean-Paul Török, an homage to the classic locked-room mystery
Under the Midnight Sun, by Keigo Higashino, which was maybe a little less streamlined than it could have been but is a really good study of what creates a psychopath and
The White Devil, by Dominic Stansberry, which is a lovely mystery based on a classic play

moving onto the strange, there's

Clark, by Brendan Connell, which is just absolutely delightfully original and refreshing, published by Snuggly Books, who is fast becoming one of my favorite publishers in the universe
It Can't Happen Here, by Sinclair Lewis, which, if you'll pardon me for saying so, scared the shit out of me even though it was written in 1935, and which I recommend to anyone and everyone right now at this particular given moment in American history because he shows how it can happen here
Lonely Haunts, published by another small indie press, Coachwhip Publications, and which features the work of two previously-unknown (to me) and rather obscure writers of ghost stories
Devil in the Darkness, by Archie Roy, from Valancourt Books (my ultimate favorite small publisher), a creepy novel about strangers stranded in a haunted house in Scotland.  Written in the 1970s, but still able to produce spine chills
Muladona, by Eric Stener Carlson, from Tartarus Press. Carlson is a wonderful but not-as-well-known-as-he-should-be author who should be read more widely.  This book was all-around creepy as a young boy has a week to discover the name of the entity haunting him or else. That's just the surface story, though -- so much other stuff is going on here that needs to be read about
The Outcast Spirit and Other Stories, by Lady Dilke, also from Snuggly Books, which I absolutely LOVED because of the ethereal feel of its contents and because she's a new obscure woman writer to add to my list.

Now to nonfiction, you know, with FACTS that can be checked, etc.,

Well, there are only two book in this category this month, neither of which I've written about yet but will soon be posted. First, part one of Stephen Fry's amazing autobiography/memoir, Moab is My Washpot, which I just loved; and second My Blue Notebooks: The Intimate Journal of One of Paris's Most Beautiful and Notorious Courtesan, which is the memoir of Liane de Pougy, a great friend of one of my favorite writers ever, Jean Lorrain. de Pougy's book is meant to be one in a series of memoirs written by women, but I have one more book, The Mayor of Mogadishu to read before I can really embark on that path.

and finally, the literature,

in which I'm making an effort to read new books combined with what has been just languishing away on my shelves forever:
Kokoro, by Natsume Soseki (on this very page), as is
The Matiushin Case, by Oleg Pavlov, published by and other stories, another little press whose books I've had good luck with enough to have bought a subscription for the year
The Man With Two Left Feet, by PG Wodehouse, along with his The Inimitable Jeeves, both of which I loved loved loved.  We watched the entire Jeeves and Wooster series, and I discovered that it's a great place to go when one is depressed, as are the books.  I probably won't post about the Wodehouse books, but I'm just head over heels.