oh my god - that ending! Whoa! The Matiushin Case, by Oleg Pavlov 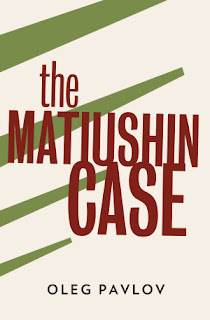 Well, it's a good thing that I don't mind bleak in my reading, since no light seems to shine through anywhere in this story. That's not a bad thing -- on the contrary, sometimes people in books don't have happy lives, just as in real life there are people for whom life isn't always lived on the sunny side.  And while several literary people have pointed out what they see as this novel's flaws,  I don't care -- I was very taken with this novel.  For me this was one hell of a reading experience. When I feel like I'm locked into a claustrophobic, hazy hell along with an already-damaged character and that there's no possibility of escape until the end, well,  to me that's a sign of a good book. Disturbing, yes, but if I'm that disturbed as a reader, well then the author's done his job.

The reality is that it is not a happy world Matiushin is living in here, which we discover as the book follows him from childhood to his time as a young Soviet Army soldier, where he ends up as a guard at a horrific Soviet labor camp aka The Zone.  As a child he grew up in an unhappy, unstable home with his mother, a brother and an overbearing, often violent and drunk military father; as a young recruit he finds himself in a world of corruption, mind-numbing routine, violence, and brutality among his fellow soldiers.  But it's the aha-moment ending that really got to me, one I never saw coming, and one that afforded an entirely different perspective on some earlier parts of this novel.

Obviously I haven't really given much away here, and it's better that way in case anyone decides to read it sometime down the road.  I'll post two reviews but I'd suggest refraining from reading anything that gives away too much.  Anyone at all interested in literature reflecting the Soviet era should not miss this book -- while it has many of the same thematic elements as a lot of other literature of its time, there's something different in this one, causing the story to worm its way into my brain and refuse to leave. 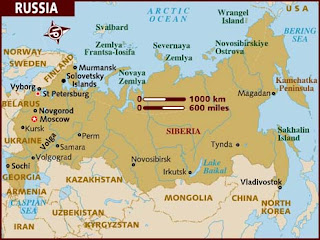 Email ThisBlogThis!Share to TwitterShare to FacebookShare to Pinterest
Labels: 2016, and other stories, fiction from Russia, translated fiction