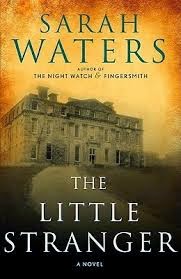 No, I don't have a fixation on Sarah Waters right now, but an online group I belong to is reading her The Little Stranger this month as a Halloween read sort of thing so I'm rereading it.  Coming at it again after years away and with a little more reading experience under my belt is a huge plus -- I'm seeing more this time around than I did earlier.  This whole rereading thing started me thinking about which books I'd really want to pick up again -- so I had to ask myself which ones I'd be most likely to be the most serious about and here's what I came up with:

I'm sure there are more, but those came straight from the top of my head.