Note: I will be linking my discussion of this novel to my crime-fiction page, The Crime Segments.

I was fortunate enough to get an ARC of this novel, so to Trish at TLC Book Tours and to the publisher, a big thanks.

As an avid reader of international crime fiction, I have books from several countries around the world, but The Missing File is my first crime-fiction novel from Israel.  It is also the first in a projected series (which I deduced from the final words "to be continued" at the end of the book) to feature detective Avraham (Avi) Avraham, who works out of a small, depressing office in Holon, close to Tel Aviv.  As a police procedural it is not quite the same as most books in that category, although Avi shares the what's-becoming-ever-more-traditional detective/personal life angst of many other well known fictional crime solvers.  Right away the reader is clued in that this story may actually be something different: a mom comes in to report her son missing and Avraham tells her to go home. The story continues with different twists and turns that also signal that this is not going to be your average police detective novel. No formulaic resolution for this author -- he is bringing something a little different to the crime-reading table in this book,  and that's a good thing.

The case of missing 16 year-old Ofer causes Avraham a great deal of anxiety and causes him a major amount of second guessing himself throughout the story.  Without going into any great detail about plot, the case takes some very strange turns, none the least of which involves a strange neighbor of the missing boy whose desire to be a writer leads him to do something incredibly odd.  The Missing File, however, is less about the plot and more driven by character -- Avraham is supposed to be an ace detective but there are times that as a reader, you'll find yourself a) questioning decisions he makes to the point where it's difficult to understand why he's held in such high regard and b) wondering whether or not this case is ever going to be solved.

While in this first series novel, what's really at the root of  this detective's inner turmoil continues to remain a mystery (more on that later), on the surface it isn't difficult to figure out why Avraham is so frustrated.  One of his stock routines with some people who he encounters in his office is to say that there are no detective novels in Hebrew --no Israeli writers writing works à la Agatha Christie or Stieg Larsson -- and then to explain why:

"...we don't have crimes like that. We don't have serial killers; we don't have kidnappings; and there aren't many rapists out there attacking women on the streets. Here, when a crime is committed, it's usually the neighbor, the uncle, the grandfather, and there's no need for a complex investigation to find the criminal and clear up the mystery. There's simply no mystery here."

But when he receives a strange call about the case from an officer at the security service Shin Bet, Avraham gets a wholly different answer to his question of the lack of detective novels:

"...the police in Israel are responsible for trivial investigations that no one would bother reading about or writing a book about, and also because most of the police investigators aren't particularly bright. The Shin Bet handles the important investigations and no one knows anything about us. And those who do know aren't allowed to breathe a word."

Aside from this strange call from this mysterious security service which routinely expropriates police cases, something Avraham knows about firsthand,  Avraham works in shabby surroundings, has to deal with a younger, more tech-savvy fellow detective in his squad who gets his boss's attention with his modern theories, and Avraham also comes home to an empty house every night, to watch Law and Order while picking off every mistake in the TV detectives' cases that would make them unprosecutable.  He is constantly second guessing himself on the job and when he makes mistakes, he's virtually inconsolable; when he realizes he's brushed off a mother's concerns and the son still hasn't returned the next day, it causes him to dive into the case with a vengeance.

If you're looking for the average point A to point B solution, this is not the place where you'll find it. Mishani plays with his readers, developing lines of inquiry that come to nothing, giving us the story from two points of view, and he refuses to rush to a formulaic conclusion like so many authors of crime fiction.  Even when all is said and done, the reader gets another jolt, putting things in an entirely different light.  I appreciate anything beyond the ordinary, and Mishani has certainly given me that in this novel.  Many readers have noted that the action in this book is slow, and that is definitely true.  They've also noted that the action in The Missing File is not exactly what they're used to in a police procedural, and that is also the case, but from where I see it, that's a plus.   My issue isn't with either one of these points; for me careful character development is key to any first novel in an ongoing series.  Plot, pacing and solutions are important to me as well, but when I pick up what may be a series opener, I want to know if I like the main character enough to continue with a second installment.  On finishing the book, Avraham still remains a mystery --  while we have a few clues as to what makes Avraham tick, I'm still not sure what lies beneath this very different detective.  Then again, trying to discover that unknown factor just might be a very good reason to pick up the next book in the series. Definitely recommended, it should appeal to crime-fiction lovers. 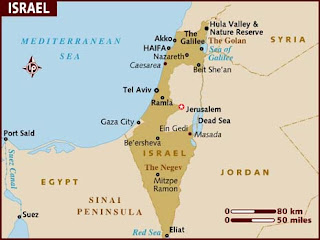 *****
Once again, my thanks to TLC Book Tours, where The Missing File is currently being  discussed by  several  readers.  You can find the novel's tour schedule by clicking here.