February: despite it all, it's starting out on the right foot 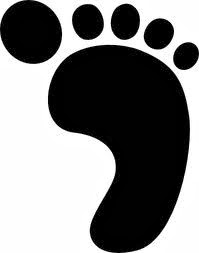 This morning was terrible -- after my hour of swimming laps I took Larry to the airport to pick up his plane after its annual and had to drive an hour plus back on streets teeming with people who can't freakin' drive. Then someone cut me off in my lane and well, I sort of rear-ended them because I couldn't stop in time.  Luckily, the person's car only had a tiny fleck of paint missing and so she drove on her merry way after we stopped.  That was nerve wracking, for sure. But I came home to my Indiespensable package -- this month it's Orfeo,by Richard Powers, and the extra goodies were definitely cheery:  three chocolate pops (one milk, one dark and one white) on a stick that make killer hot chocolate AND a bag of raspberry truffle popcorn. I get the coolest goodies from Powell's each time.

I also just finished The Big Sleep by Raymond Chandler -- the copyright page of my Vintage Crime/Black Lizard edition says it was originally published in 1939, but it's still very cool.  I'm waiting for new crime books from the UK, so I think I'll spend some time reading through the Marlowe novels while the books are in transit.

For February I have like zero book plans except to get through these ARCs that are sitting here waiting to be read.  There's so much I really want to read, not all of it current, so I'm going to see what mood I'm in before committing to a particular book or books to write about.  I'll surprise myself.