To Live is the story of one family as related by Xu Fugui, a poor farmer living in rural China who has lived through many upheavals, both political and personal. This wasn't always Fugui's life; as a young man he grew up in a well-off, landowning family until his gambling addiction got the better of him and sent his family out into the fields to make their living farming. Fugui's reversal of fortune happened during the Nationalist period of China's history; not long after he settles his family into their new thatched hut, the Nationalist Army forcefully conscripts him into fighting against the Communists.  But the Communists eventually win, and Fugui and his family have to face a new set of circumstances which change rapidly. First there was land reform and the collectivization of individual plots of land.  Next came the Great Leap Forward (GLF), in which agriculture took a backseat to industrializing the countryside at the expense of the people, even to the point of turning in their cooking pots for smelting in outdoor furnaces. Food was prepared and served in a dining hall, which at first seemed okay, but as the GLF continued, ongoing famine became a way of life, and pleas to local leadership did not have any results. After that came the Cultural Revolution, which sent young people into the countryside to be put in charge and to root out any dissidence or "capitalist roaders"  via thought reforms, beatings, public criticism and other measures, including death.  It also sent many of China's gifted intellectuals for re-education in rural areas.

To Live is a sort of whirlwind tour through all of these periods of upheavals, and Fugui stands as a symbol of all of those who suffered at the hands of a system that, ironically, claimed it would relieve people's suffering. But rather than give up, even when tragedy strikes repeatedly, he steadfastly goes on with an appreciation for life that doesn't end. As Yu Hua notes

After going through much pain and hardship, Fugui is inextricably tied to the experience of suffering. So there is really no place for ideas like "resistance" in Fugui's mind -- he lives simply to live...Although he has more reason to die than most people, he keeps on living.

Fugui has no choice but to take life as it comes, never waiting for the utopia promised by the Communists -- his life is about survival.  One of the blurbers on the back cover of my edition notes that To Live is a "Chinese book of Job," but description is not quite accurate. Fugui never looks to a higher power as the source of his troubles, nor does he question why things have happened.  What is really at the heart of this novel is the author's subtle examination of the irony of a system that claims it will make life better, only to have so many die as when it doesn't.

The prose is simple, but don't let this simplicity fool you. To Live is a rich and powerful story and will capture the reader's attention from page one and hold it until the end. It's extremely depressing, not only in terms of Fugui's personal hardships, but in terms of the tragedies that occurred throughout an entire country during these time periods. However, the author never gets sappy or melodramatic in telling the story.  There's much more I could say about this novel, but I'm not here to analyze it -- just to say what I think.  Suffice it to say, if you are at all interested in historical fiction set in the People's Republic, this is one of the better novels to read. Highly recommended, mostly for people who want to read an intelligent piece of fiction. It's not  for those who want something upbeat and happy feeling.

...and when you finish reading the book, you MUST see the film!  It is a beautiful movie, directed by Zhang Yimou, who has made some of the best Chinese movies I've ever seen.  While there are a few differences, the movie really brings the book to life. 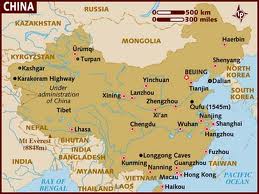