The Investigation, by J.M. Lee 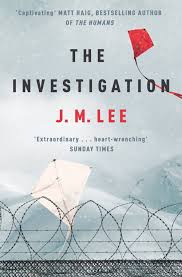 "So language wasn't simply a tool to convey meaning. It was the charter of a human being that contained a nation's history..."
(164)

I don't know if anyone else is guilty of this, but I have this very bad tendency to buy a book because it looks interesting, then shelving it right away to come back to later, only to forget that I have it.  I did that with this book until someone in the publishing industry posted his/her  list of best crime novels of 2015, and this book was on it. I remember thinking that at the time I bought it, it didn't really seem like a crime novel, and I thought the reference on the best-of list was kind of weird, so I plowed through the translated fiction shelves (which are actually the entirety of a repurposed walk-in closet in my office) found it, and decided I needed to read it. This post may have been intended originally for the crime page of this online reading journal, but the more I read into it, the less it appealed to me as a crime novel and more as a novel of historical fiction.  This proves to me that it's highly likely that whoever it was that had it down on his/her idea of the best of crime list probably had no clue what he/she was reading (which is scary when I think about it)   -- while there is definitely a crime involved here, it is not at all the central focus of this story.

I will say right up front that I really liked this book. Some things detracted from my reading, such as too much in the way of repetition (yes, we know that one of the main characters loved and was highly influenced by Rilke but we don't need to constantly be reminded),  and some seriously-obvious contrivances (especially in terms of the crime that frames the story) prevented me from oozing love over the book. And I know this will sound sort of weird, but here and there while reading I kept saying to myself "this is way too obvious," but then again, that's a me thing.   I will also say that once I got used to all of the distractions, I found a really, really good story here.

The novel begins at the end of World War II, as the narrator,  Yuichi Watanabe, tells us. At the age of twenty, he  is "behind bars" at Fukuoka Prison, having exchanged his "brown guard uniform" for "red prisoner's garb" since the Americans (who have occupied Japan, of course), have "classified" him as "a low-level war criminal," charging him with abusing prisoners.  He doesn't deny that he's guilty; au contraire, he knows that yes, he has "yelled at them and beaten them," but he also realizes that part of his guilt was in as he says, "doing nothing." He "didn't prevent the unnecessary deaths of innocent people," he "was silent in the face of the insanity, " and he'd "closed" his "ears to the screams of the innocent."  Before the actual story begins, though, Watanabe clues in his readers to the fact that what he's about to say isn't solely about him, but rather


"about the war's destruction of the human race. This story is about both the people who lacked humanity and the purest of men. And it's about a bright star that crossed our dark universe 10,000 years ago...My story is about two people who met at Fukuoka Prison."

And thus begins the novel in full, comprising  Watanabe's story, which begins with the horrific murder of a prison guard who was also in charge of censorship duties.  Watanabe is tasked with the investigation into Sugiyama's death, but this young man, whose mother repaired and sold books and who developed a deep and abiding love of literature while growing up, is also tasked with Sugiyama's censorship duties, which to him are abhorrent. It is an interesting setup, really, because while the investigation of the crime acts as a frame getting us into the workings of the prison, underneath all of that is the story of the last days of a Korean "resistance" poet named Yun Dong-Ju, (1917-1945)  who was arrested supposedly for political activities, but in my opinion ( at least via this book), his only major crime was being Korean.  It is also a story about the power of literature to transform even the hardest of souls, about the enduring legacy of literature, about freedom, about different forms of both resistance and oppression, and about the plight of the Koreans under Japanese colonial rule.  As Watanabe tells us regarding Yun (but really, speaking for all Koreans),


"he was no longer free, but he hadn't ever known how it felt to be free; no Korean was free."

One of the very best things I discovered  about this entire book is the author's focus on language.  As just one example, Koreans were not allowed to use their own names; instead they were required to take Japanese names and in the prison, at least, were punished if they tried to use their real ones. Some wonderful scenes occur in the novel around this terrible law, but there are many, many others as well  that combine language and the concept of resistance to produce some incredible moments here.

Aside from my grievances about the detractors I've  listed (which obviously are personal to me and may not bother anyone else), I was actually very impressed with The Investigation and it really is one of those books that's stuck with me. I read it over the course of two long plane rides and a two-hour layover (I had my nose stuck in it even while eating normally-forbidden Tex-Mex in Dallas) and couldn't put it down.  It's one I can definitely recommend -- it is a lovely yet horrific  portrait of a bygone era, one that is not forgotten and which still resonates I would think, especially among Koreans. 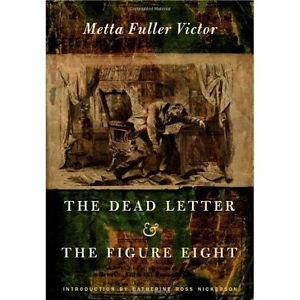 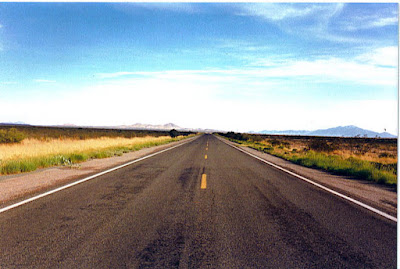 What does a person do when she is too fond of reading and books have addled her brain? In my case the love of the written word spurs me on to buy more, even though I have so many now that I'll never get them all read.  That definitely defines the word addled in my case. A smart person would read what she has, and then buy more, but no one's ever accused me of being smart. So I have great intentions for my reading life this year, but as they say about the road...

I'm kind of thinking along these lines:

Then again my plans could all go belly up as new fiction is released, so committing myself might be folly.

To everyone: a happy reading year, filled with great books, great health, and inner peace.