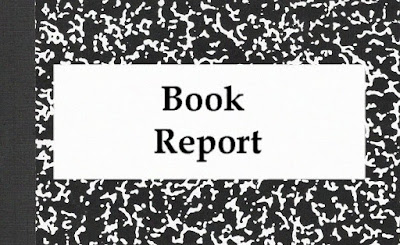 So many books, so little time to talk about them.  Whirlwind trip through this month's books:

literature/fiction:
The Vegetarian, by Han Kang:  damn, I loved this book!  More to follow on this one, but it will definitely be on my 2016 favorites list

The Honeymoon, by Dinitia Smith:  September's real-world book group read. Sorry, but I wasn't over the moon about this book -- to me it just flat-out  lacked depth. My book group was split on this one, but we did have a great discussion about George Eliot.

The Book Collector, by Alice Thompson -- from Salt Publishing; I liked it much better after the second read. Haven't posted about this one, but definitely recommended. Reminds me so much of Angela Carter's story "The Bloody Chamber," and "The Yellow Wallpaper" by Charlotte Perkins Gilman.

dark fiction/horror/weird fiction and everything else that falls in this category:

The Dark Domain, by Stefan Grabinski : more to follow about this one after I read his The Motion Demon, but I loved it.

Strange Medicine, by Mike Russell : I love Mike Russell's work. He's just so out there it's an actual pleasure to lose myself in his stories.

Eltonsbrody, by Edgar Mittelholzer -- Barbados, a creepy old house on a cliff and lots of chills -- what more can you ask for? By one of my favorite Caribbean novelists


crime fiction
The Investigator, by Margarita Khemlin:  shortlisted for the 2013 Russian Booker Prize -- intense mystery at its core; one of the most literary crime novels I've ever encountered. Great read.

The Disappearance of Signora Giulia, by Piero Chiara - a true conundrum of a mystery and another good book from Pushkin Vertigo.

nonfiction
Blood at the Root: A Racial Cleansing in America, by Patrick Phillips: reveals "the process by which racial injustice is perpetuated" in the US -- a must read

News of a Kidnapping, by Gabriel Garcia Marquez: -- after season two of Narcos, I had to know what was really going on in Colombia at the time -- another fine book that kept me on the edge of my seat. 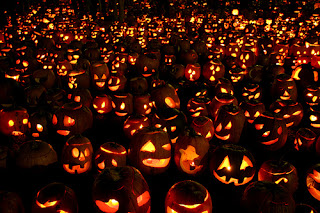 Aside from a few must-reads, October is dedicated to creepy books just perfect for Halloween,  so most of the action will be taking place over at oddly weird fiction.  Pop on in! 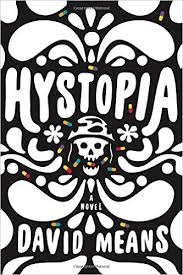 "Accuse history of bending the kid. And the war, the war bent him, too."

There is this wonderful scene on page 154 of this novel, which is actually a book within a book, where one of the characters has a vision where she hears a dead boyfriend saying the following:


" I wonder who's going to tell the story, Meg? Nothing else to say. You see, you had to be here and you weren't. You know the one that goes: How many Vietnam vets does it take to screw in a lightbulb? How many? You fucking don't know because you weren't there, man."

And therein lies the irony of this novel -- in Hystopia, thanks to an initiative put into practice by the third Kennedy administration to help wipe out the traumatic memories of Vietnam vets, those who were there don't remember much more than those who'd never set foot in Vietnam.

If you read this book carefully, Hystopia reveals the inner turmoil of a very young man, Eugene Allen, who has recently returned from Vietnam at the time of the novel's writing. According to one of  the people interviewed at the end of the book-within-a-book, "He went over and served and came back and started right to work on his book," his "typewriter going day and night."  Allen, who is trying to cope with both the trauma of the war and his own personal pain originating more close to home, has framed Hystopia as a rather surreal, dystopian novel in which the action takes place in an America where Kennedy has successfully dodged a number of assassination attempts and has made it to his third term in office.  Kennedy has created an agency called Psych Corps, which would "solve the problem of mental illness in general and the vast horde of returning vets in particular," and under the auspices of this group, the process of "enfolding" occurs.  Veterans have to relive/reenact the particular "causal events" of the experiences leading to their trauma, which, along with the drug Tripizoid, leads to a sort of amnesiac state -- while they know they were in the army and  that there was some causal event, these people only retain actual memories of things up to that point, and then of what happened afterward.  What's left if all goes well is their story, which is the final step in the cure.  But here's the catch: enfolding doesn't always work -- especially on vets who have been too psychologically damaged for treatment to do any good.  While some of these beyond-help vets  "roam at will in Michigan, evading the government and re-enacting atrocities on civilians,"  one of these failed enfolds, a fellow called Rake who "had very little to go back to" at the end of the war,  is "going around taking perfectly cured individuals and returning them to their traumatized states."  The Rake situation just can't be tolerated, so the Psych Corps gets involved in trying to stop him.

But of course, the story is not so simple as it seems to be on the surface. There is a LOT going on here that really captured my attention. For one thing,   in this book successfully-enfolded vets are meant to be sent back into action, implying that this government administration has no real interest in ending the war at all. Even worse, it can't or won't step up to the plate and admit its mistake in getting involved in Vietnam in the first place. There is a great little scene near the beginning of this  novel where one member of Psych Corps explains to another that


"...history misses the point. Take the Somme, for example. The Big Fuck-up. I mean it was called that when it was happening. You had something like sixty thousand lads -- and they were lads -- die in the first day of battle. That battle cut the world in two. It introduced pure irony into the world, but do historians mention it? Hell no. Are we willing to call Nam the Little Fuck-Up? Christ no. The president keeps her rolling and decides to make a repository for irony..."

To me, the novel reads like an examination into the role of history/memory both in terms of self and on a larger, national scale.  Historical amnesia, remaking/rewriting/bending history are all found here, as is the effect of "enfolding" on a personal level, since many of the characters in this book discover a need to "unfold" -- to regain and reach down into those memories before they can make any real internal progress.  The dilemma is that, as one character puts it, while "You feel good and clean with the trauma put away, but at the same time you want to know what really happened," which can often be destructive.  Obviously, there's much more here; I haven't even begun to scratch this novel's surface.  One more important thing that may help in trying to understand this book: in a 2010 article in Paris Review, Means notes that


" If a story wants to be told and you don't tell it, you'd better stand back because something's going to explode."

which is most certainly the case and certainly appropriate in this book.

Aside from some things that sort of bogged this book down and interrupted the reading flow, I couldn't stop thinking about this novel after finishing it, and I think a second reading is definitely in the cards. There are some incredible moments here, especially in a section of about 15 pages  (154-169) with some of the most powerful writing I've read in a very long time.  Hystopia may be framed as an alternative history, but I think there's a good reason for doing it this way.  And once again, I see I am swimming upstream of other readers in terms of really liking this book, but it is what it is. I would without hesitation recommend this novel -- it's certainly unlike anything I've read before. Well done.