"...even the imagination is not completely unbounded, or at least is unbounded only within limits, I have found."

Fateless is a novel of the Holocaust related from the point of view of a teenaged Hungarian Jewish boy, Georg Koves.   It is very unique among other stories set during this period, as it provides a different approach to contemplating not only the ongoing horror of the Holocaust, but also the concepts of survival, freedom, and fate. While there is tragedy all around Georg, and while he himself is caught up in the Holocaust whirlwind, it is not necessarily  portrayed to the degree of most other novels dealing with this time --  the story is presented in a rather low-key, subdued tone. But don't let that fool you.  It is this very tone that gives Fateless its brilliance and its true emotional power, allowing  for moments of dark  humor and a great deal of irony. The book is minus most of the the vivid depictions of horror and of the brutality of experience that many other writers of the Holocaust have penned; one of the things Georg ultimately learns is that sometimes individual experiences simply defy description, words, or comparison.

The main character is Georg Koves, an average, middle-class 14 year-old boy living in Budapest, who spends little if any time pondering what is happening around him.  As things get tougher for the Jews there he observes, takes stock of things around him; he can even sometimes rationally accept why some people dislike Jews. As a typical teen, he doesn't think too much about being Jewish; he speaks no Hebrew and can't even recite prayers with his uncle the day before his father is to report to a mandatory labor camp. Georg also finds himself conscripted to work at the Shell Oil Refinery works, affording him official papers that allowed him limited permission to leave the city limits. One day George is summoned off the bus he takes to work; he complies thinking that it's a check of his papers. He is surprised to see other boys he works with who are already there for the same reason. Instead of a sense of worry or fear, they seem to take this situation in their respective strides, with one of the boys even having a laugh at George as he had "had now become one of them." Even as the number of people grows throughout the day, George doesn't see a problem, since he has the correct papers; the boys play games and watch the people who join them as a result of repeated sweeps.  By noon, George feels  "hot, bored and...getting sleepy," all typical reactions to this strange situation if you're a teen.   It isn't long before the group is taken away; the following day they are at the  Budakalász brick factory, the last stop for Georg before Auschwitz (where he survives the selection process which he "naturally" understands, thinking it's normal to have strong people for work details). Here he feels like a "guest in captivity," not seeming to fully comprehend what's happening, and little by little adapts to his situation as if things were more or less taking their natural course.  As things slowly begin to dawn on Georg, as he realizes that Auschwitz is not something new but has been there for years, he remembers a day he went to register for high school where the headmaster was

"quoting an ancient philosopher at the close of the speech: 'Non scolae sed vitae discimus'; We learn not for school but for life.' But I think that we should have been studying about Auschwitz all along, if they had tried to explain everything openly, honestly, intelligently. During the four years at school I did not hear a single word about this place. Still, of course, I realized that it would have been embarrassing, and I guess it really wasn’t part of our general education."

Georg is moved three days later to Buchenwald,  then onto Zeitz, a Buchenwald satellite camp.

Fateless concentrates directly on Georg's experience. Throughout his time in the camps, he uses expressions such as  "naturally", "in my case, at least" or "for me at any rate," to try to put his experience in a more logical and "natural" perspective.  At first our boy is naive, a situation which slowly changes as he begins to develop a deeper cynicism and somehow realizes that he must move "step by step" toward simply surviving. He is having a great deal of difficulty grasping what is going on and why things are  happening; conversely, the reader not only knows  what's happening but also realizes that all of the logic Georg can muster won't help him to make sense of anything, simply because the situation is one that makes no sense whatsoever.   This little bit of irony  is part and parcel of what makes this book so good and so worth reading.

Even on his return home, he refuses to acknowledge the hell he's just been through (having never experienced hell, so he says)  nor will he keep quiet about it, as an uncle tries to convince him needs to be done.  Instead he tries to make sense of it all in his own way:

"By the time one has passed a given step, put it behind one, the next one is already there. By the time one knows everything, one has already understood it all. And while one is coming to understand everything, a person does not remain idle: he is already attending to his new business, living, acting, moving, carrying out each new demand at each stage. Were it not for that sequencing in time, and were the entire knowledge to crash in upon a person on the spot, at one fell swoop, it might well be that neither one’s brain nor one’s heart would cope..."

Many readers find it offputting that Georg's experiences in the camps aren't elucidated in a more detailed and  more emotional style, but I think you have to ask yourself this question:  what is it exactly you are expecting  when you pick up a novel about the Holocaust? The narrative here takes you right into the daily life of the camps, including the tedium, the pain, the slow dehumanization, and on the flip side, even the small measures of happiness people could latch on to -- revealing that even in the ultimate state of inhumanity, it is one's soul, one's psyche, the human spirit, whatever you want to call it that survives and triumphs. The author's use of the present tense in spots also offers a more immediacy to the narrative; Georg's simple reasoning, along with his detached, often dispassionate voice conveys the real horror here.

I'll leave you to ponder the meaning of the title -- in a more recent translation published by Vintage (2004),  the title is offered as Fatelessness, which to me makes much more sense, implying an ongoing state. I'm not so sure that the author's conclusions on freedom and fate are ones with which I can wholeheartedly agree, but still, this book should be valued as a significant contribution to the core canon of Holocaust literature. 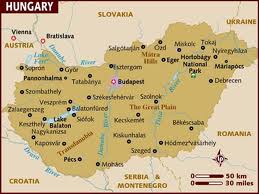